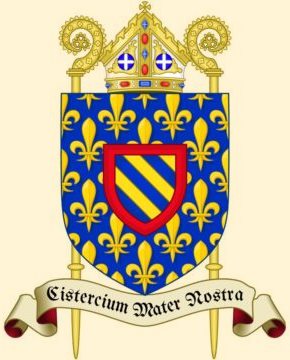 As a follow-up to Emmet Scott’s most recent article, this brief report from Boulevard Voltaire describes the steep decline of monastic Catholicism in France. Many thanks to Ava Lon for the translation:

The Cistercians are disappearing from the French spiritual landscape

The departure of the last monks of the Cistercian Abbey of Melleray marks a new stage in the decline of Catholic life in France.

Ignored by mainstream media (and therefore unnoticed by the general public), starting this month, the departure of the last monks of the Cistercian Abbey of Melleray, near Nantes, marks a new stage in the decline, seemingly unstoppable, of Catholic life in France, and of monastic life in particular.

This departure is sure to sadden those who, like me, once knew this monastery, which dates back to the twelfth century, flourishing with youth and vitality.

But that was before the reforms of the Second Vatican Council.

The alleged reason for their removal? The lack of recruitment. At Melleray there were, we are told, a dozen elderly monks, who could no longer support themselves, nor could they maintain the buildings of the property. Replaced by a male and female community “with an ecumenical vocation,” some of them were sent to the Abbey of Port-of-Hi near Laval, even less populated than Melleray and threatened with extinction as well.

Thus, with the removal of the Abbey of Dombes, in Ain, in 2001, followed by three female monasteries (Belval, Grace Dieu Ubexy) in 2008, the free-fall of the Cistercian order increases, its presence being gradually erased from the French spiritual landscape.

But what has become of Catholicism in our country? And what kind of Christianity is being preached in those churches that are still open and visited, according to the latest statistics, by only 8% of the population? This is the question that many leaders stubbornly refuse to consider.

The search for personal perfection (“Be perfect as my heavenly Father is perfect”, Matthew, V, 48), the driving force of the monastic life is — as one of those leaders told us one day — “egocentrism”.

To center their lives on God in the silence and privacy of a monastery, to live close to him, and radiate the love and joy he gives us: self-centeredness!

We understand now, that with such a design, allegedly renovated, for the Christian life, why both atheism on the one hand and Islamism on the other continue to progress among us.

20 thoughts on “Adieu to the Cistercians”