Over the weekend Elisabeth Sabaditsch-Wolff participated in an event in Los Angeles presented by the American Freedom Alliance. Eventually we expect some good video clips from the panels and the speeches.

Bosch Fawstin was the winner of last year’s “Draw Mohammed” contest in Garland, Texas — which proved fatal to two mujahideen. While he was at the AFA event he was kind enough to draw the following cartoon for Elisabeth: 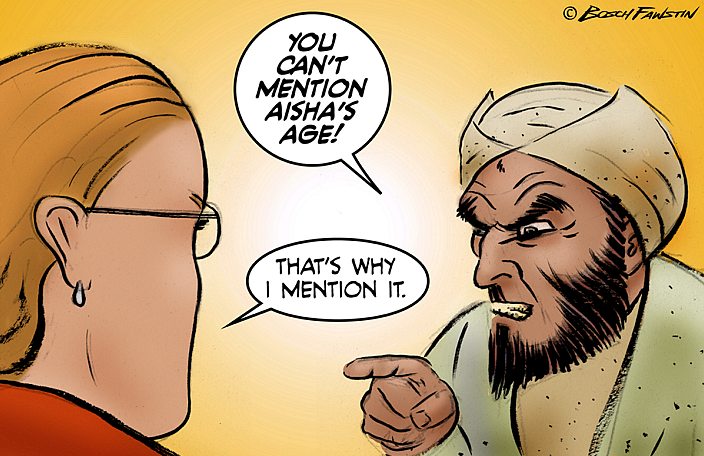 For readers who are unfamiliar with the “hate speech” case against Elisabeth, see Andrew Harrod’s article at Front Page Mag, or Elisabeth’s Voice: The Archives.

3 thoughts on “Silence is Still Not an Option”