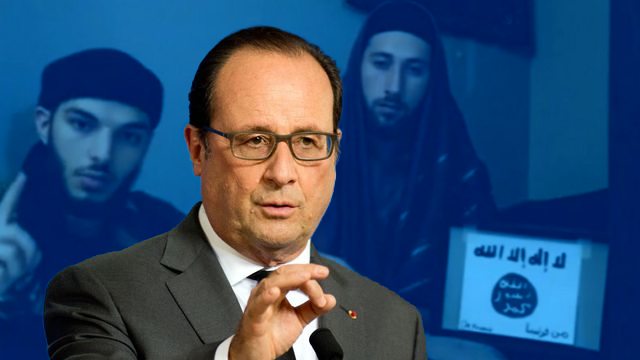 I didn’t have any particular reason for creating this digital composite — it just seemed like a good idea at the time.

In the foreground is French President François Hollande. In the background are Adel Kermiche and Abdel Malik Petitjean, the two mujahideen unfortunate marginalized youths who acted out their anomie and economic hopelessness by slitting the throat of a priest in a church in Normandy, using the halal method of slaughter as prescribed by Islamic law.

8 thoughts on “François Hollande and the Great Jihad”