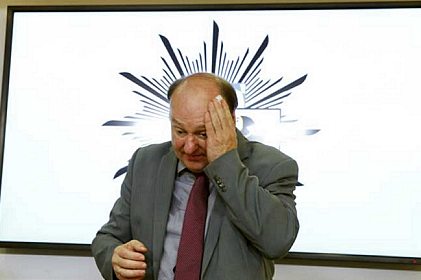 The latest information about yesterday’s Munich terror attack is that the now-deceased shooter was an 18-year-old Iranian-German with dual nationality. His name was Ali David Sonboly, and he is said to have been born and raised in Munich.

The death toll still stands at nine, as far as I know, but the number of wounded has risen to twenty-one.

I’m told this is a photo of the perp: 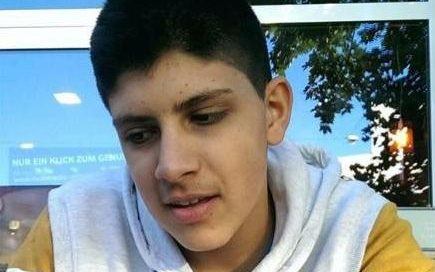 Below is an account of the police press conference given last night not long after midnight, Munich time. This is not a verbatim transcript, but a summary or condensation. It was kindly provided by Egri Nök in real-time, while the press conference was still going on. I’ve edited it for spelling, punctuation, clarity, and format.

Munich Police Commissioner Hubertus Andrae says 5:15pm a shooting was reported. According to witnesses they thought there were as many as three perpetrators. A few people had fled from the scene and were suspects, but they were just fleeing.

The subway was completely shut down, because people were reporting alleged attacks from all across town.

Around 8:30pm a male person was found by the officers. It seemed he had committed suicide. Taking witness accounts and video material into consideration, we assume he was the perpetrator. We do not have hints that more people were involved, at this point.

The perpetrator is an 18-year-old German-Iranian from Munich. Police officers had contact with him and shot at him but only an autopsy will show if they hit him at that point, while he was fleeing.

The motive and background are completely unknown. We are investigating under pressure. The location will remain sealed off.

2,300 police officers were involved, some from Austria.

Many calls came in with hints of alleged shootings and hostage situations, and that massively disturbed the public. The police investigated all of them, but none could be confirmed.

Events tomorrow will not be cancelled for security reasons. The commissioner suggests organisers might cancel for piety respect for the dead.

Question: Was there a mass panic at Stachus? (a public place)

Answer: Allegedly shots were heard, people ran away screaming. This caused the situation at the Stachus. But investigations did not find a cause there.

Question: An 18-year-old German-Iranian from Munich is the perpetrator? How long has he been in Munich? And what do you mean he had contact with civil officers?

Answer: Our investigations have just begun, please take that into consideration.

It seems it started at a fast food restaurant, and the situation continued to evolve in the shopping centre, where civil officers met the perpetrator, and fired at him, maybe wounded him.

Question: has the person been living in Munich for a long time?

Question: What does that mean? Longer than two years?

Question: In the video there is mention of a “treatment”.

Answer: We cannot confirm it at this point; it will be subject of investigation.

Question: Was perpetrator known to police?

Answer: He was not.

Answer: Nothing known at this point; everything is under investigation.

Answer: A pistol. Everything else under investigation at the crime scene.

Answer: Needs to be investigated and verified.

Question: So the “long weapons” report was not factual?

Answer: We did find a backpack.

Answer: No weapons found inside.

A weapon can be reloaded. We will search the crime scene and then know how often he shot.

Answer: The car mentioned in the beginning left the crime scene at high speed. We clarified it; it had nothing to do with the crime.

Answer: Please understand, we can not comment on the victims, because we are still finding out their identities and have not broken the news to their families, and before we have done that we won’t comment.

Question: Did the perpetrator manage to escape the civil officers?

Answer: Yes, the colleagues lost his trail, and found him again later.

Question: Did he have a German passport?

Answer: We do not know if he carried a passport at this point. His clothes are being investigated.

Answer: In this first phase we can only confirm it started at 5:15, and that at 8:30 the officers found the suspect dead.

Question: In the video it seems he yelled he was a German, can you confirm?

Answer: We asked the public to send us video material. At this point it is not certain who shouted what, so I cannot confirm and cannot exclude.

Question: Was he a student?

Answer: I cannot confirm at this point.

Question: Was he from Munich?

Question: Did the video on the roof show the perpetrator?

Answer: At this point we assume he was the perpetrator.

Question: what about the Facebook posts where a supposedly fake young woman asks young people to come to McDonalds at 4pm because she would give out stuff for free?

Answer: It is part of the investigation.

Our main focus in the past few hours was to make sure there are no further armed perpetrators loose in town, so we still are at the beginning of our investigations.

Question: Was the DFE (?) on assignment?

High praise to the colleagues and officers. All other (German) states offered help.

Answer: We received quite a few video uploads, we provide a dedicated upload server. Videos and pictures are helping us. Especially to reconstruct the course of events. And we are questioning witnesses, but we understand that a few witnesses do not want to speak tonight, only tomorrow morning.

I estimate around 11:30am tomorrow we will give a new update.

Question: How many emergency calls did you receive?

Answer: They have not been counted at this moment, and I do not engage in guesswork.

Answer: The perpetrator does have German and Iranian citizenship.

Answer: We do not have information that officers were immediately injured by the perpetrator.

Question: Where exactly was the perpetrator found?

Answer: Not at the River Isar. Near the shopping mall, on a smaller road.

Question: Did he arrive at the crime scene in his car?

Answer: Please understand this is under investigation.

Question: Do you have any idea where the young man could have obtained the weapon?

Answer: No, at this moment I do not know where it came from.

Answer: We have three gravely injured in critical condition, and thirteen lightly wounded.

Answer: How exactly he proceeded in the mall and in the restaurant is under investigation. We are positive we will be able to reconstruct it well, with the help of video material.

Answer: We will begin investigating his personal milieu.

Question: How could he have fatally injured that many people? It seems unusual to me.

Answer: It depends on the ability of the shooter, from how far away he shot, how well he aimed. It is a question of distance, of ammunition, and his ability. If you are hit in the leg or the head, you will be gravely injured.

Answer: according to our information, children are injured. and minors are among the dead.

Answer: We still have to confirm the identities of the victims. According to our initial assessment, among the wounded are children, among the dead are youths.

Question: Was the perpetrator a student?

Answer: Unknown. We are still looking for relatives, contacts.

Answer: At this point we confirm it was a shooting, and whether it will be seen as terror or amok will depend on what we find. It would be unprofessional at this moment to say.

Press conference is over.

30 thoughts on ““There Is No Absolute Security””