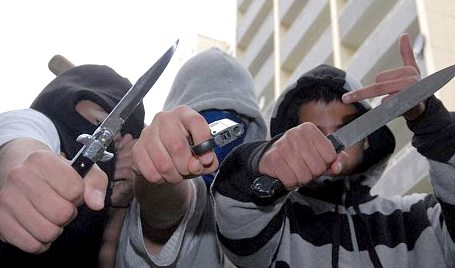 Östersund is a town of 44,000 in central Sweden that has recently been culturally enriched with “Syrian” “asylum seekers”. As reported here back in March, police in Östersund have advised women not to venture out alone after dark, due to a wave of assaults and rapes.

Now, four months later, the authorities have acknowledged that the culprits in these assaults are asylum seekers, a.k.a. “New Swedes”. Furthermore, staying home at night hasn’t been sufficient protection, as more recent assaults against women have occurred in broad daylight.

Other Swedish towns are experiencing similar numbers of sexual assaults by culture-enrichers.

Many thanks to Tania for translating this article from Fria Tider:

It was mainly the “young asylum seekers” who were behind the sex attacks against women in Östersund during the winter and spring, says Stephen Jerand, Police Area Manager in Jämtland, to Östersund Posten.

On the night of March 6 two women were assaulted in central Östersund. On one occasion, a woman of about 25 was knocked down in Prästgatan (Priest Street) in the town center by three men who then tried to rip off her clothes.

Later that night another woman was assaulted in the central part of the city. She was knocked down by a man who tried to press her head against the ground before he gave up and disappeared from the scene.

On both occasions, the perpetrators were identified as immigrants.

The attacks were just two in a series of assaults against women in Östersund that a few days later prompted the police to put out a warning to the women of the city.

“We encourage people, especially women, not to go out alone at night,” said police area manager Stephen Jerand on 7 March.

But the warning not to go out alone at night did not prevent the perpetrators from attacking during the daytime. At five o’clock in the afternoon on March 11 an 18-year-old woman was assaulted and beaten after she refused to give her phone number to a group of immigrants.

The attack, which occurred in the town center near a shopping mall, was the eleventh reported assault to the police over the course of just a few weeks.

But Östersund is not the only city in Sweden that is being hit by a wave of rapes and sexual assaults against women in the wake of the influx of asylum seekers.

Last month police received a report that shows that refugee and other immigrant groups were behind at least 80% of the sexual molestation reported in Swedish swimming baths last year.

The report also addresses other cases of sexual molestation and assault against women, which occurred at those establishments, and notes that they too were mostly perpetrated by immigrants.

The report additionally described eleven cases in which girls and young women were subjected to everything from sexual molestation to rape.

Stephen Jerand now confirms to the local newspaper that the same situation applies in Östersund as in the rest of Sweden, and that is that it is immigrants who are behind the vast majority of assaults against women in the city.

“When we receive refugees it is essential to let them know the rules that exist in Sweden, and that women are also covered by them.”

34 thoughts on “Open Season on Easy Meat in Östersund”