The following piece originally appeared at the Polish Counterjihad site www.euroislam.pl. Many thanks to Gekon for the translation:

That nice young kid who slaughtered the priest 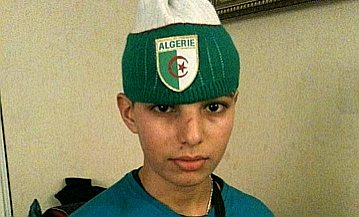 This friendly boy (19) is dead. His name was Adel Kermiche, and on Monday, July 26th he cut a priest’s and nun’s throats.

The priest is dead; the nun is fighting for her life in a hospital. The priest would not kneel, but Adel forced him to. The priest, 66 years older than he, was not a challenging opponent.

Adel lived with his parents in Normandy and was generally an ordinary boy. Like every young lad, he dreamt about shooting. But he was serious, so before he turned 18, he tried to go to a place where he could shoot — to Syria, where his mate Maxime Hauchard had already enrolled in the Islamic State. Maxime starred in videos in which he executed captives. With such a friend and a photogenic face, he would definitely have a chance to shoot, use knives and star in popular Islamic State videos. But alas, he was caught in Germany and handed over to the French, who made him stay in his parents’ custody. He did not sell off his youthful ideals, though, and as soon as he came of age, he left through Switzerland for Turkey, where again he was caught at the border and returned to France.

The French authorities did not approve of his juvenile fascination with guns and Islamic State, and sentenced him to thirty months in prison. Luckily they came to their senses and refrained from destroying the life of such a promising young man, and he was conditionally bailed after less than a year. The condition was that he would live with his parents and wear an electronic bracelet. It is obvious though, that such a bracelet seriously breaches human personal freedom; therefore they agreed for the bracelet to be turned off between 8:30am and 12:30pm every day. Fortunately, masses at churches take place in the mornings; the one celebrated by Jacques Hamel started at 9am.

Adel went to the church together with his mate, also from the list of people suspected of terrorism, who should have been followed. They killed the priest, they cut the nun’s throat, and, as witnesses describe it, “officiated around the altar” in the Arabic language. They filmed both the murder and the service, probably to make up for frustration of being unable to star in Syria.

Joyfully chanting “Allahu akbar”, on the way out of the church they were mercilessly shot by police sharpshooters, providing them with no chance for a fair trial, a ten-year sentence and release in three years’ time. This appalling breach of young terrorists’ right to live and murder should not be tolerated. Let us hope that the French authorities will ban the usage of firearms by anti-terrorists, and the police shooters will be held responsible in court.

PS: A doctor is being sought who could confirm that Adel suffered from depression/schizophrenia/epilepsy/dyslexia/testicular atrophy/itchy eczema (delete where inapplicable).

5 thoughts on “Boys Will Be Boys”