Anne Marie Waters of Sharia Watch is writing a book, but she’s having trouble finding a publisher — no surprise there! However,

I’ve been writing a book for a while. I have been to countless publishers. Those who replied told me how good it was, but…

Not one will print it. I know why. I’ll explain. 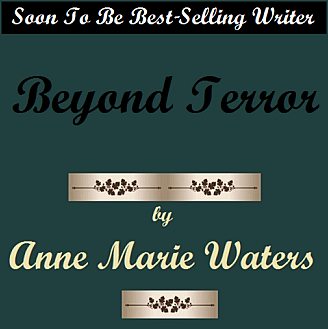 Beyond Terror is simply a no-holds-barred account of the enormous damage that Islam and Muslim immigration has done, and will continue to do, to Western society. I have given countless examples of how and why this is a simple statement of fact. I will show how Islam is bringing horrors to the West that are unprecedented in modern history. It has injected our civilization with poison — this poison is particularly potent for girls and women and anyone who demands the right to freely express an opinion. Islam is dragging the free West in to a nightmare and I will prove it.

I will also explain my own story in full; why I turned my back on Left-wing politics and now actively campaign against it. I will describe my entire journey from Labour feminist activism to standing for Parliament as a UKIP candidate. I will tell the story of the Mohammed cartoons, the police visits to my home and the effect of this on my private life, and the character assassinations I’ve endured at the hands of the toxic and totalitarian Left-wing — a Left-wing that has aligned itself with Islam because it sees this religion as the key to bringing down the West.

I’ll also describe in detail one of the most significant and alarming realities surrounding this issue — the collusion of the United States of America with Islam. This is an alliance that could well hasten the demise of democracy in the West. It is that serious.

I cannot self-publish this book as I simply cannot afford the legal fees involved. Rather hilariously, many people seem to think I am rich on the back of my work on Islam. On the contrary, I make nothing — no money whatsoever. I have also lost my legal career and am dependent on the kind donations of supporters to keep Sharia Watch going.

I do not make this appeal to ask for money, merely a few moments of your time. If you, like me, want Beyond Terror to be published, please follow this link and vote. If I receive enough votes, my book may be published.

You can vote by clicking here:

‘Beyond Terror’ by Anne Marie Waters

37 thoughts on “Anne Marie Waters: An Appeal for Two Minutes of Your Time”