The words of that notorious 18th-century Islamophobe: 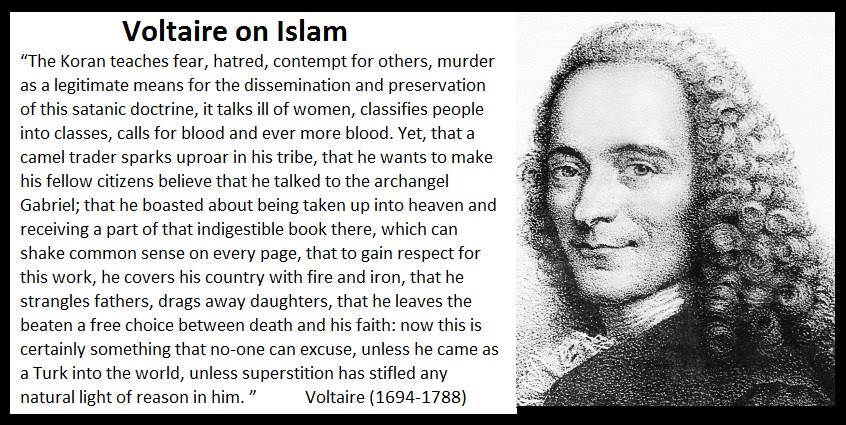 8 thoughts on “From Matt Bracken: Voltaire on Islam”