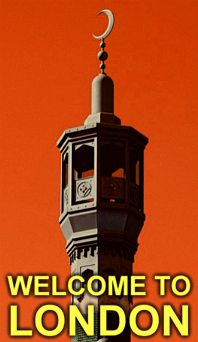 After last Thursday’s vote in favor of leaving the EU, the British people — and possibly even the English people, if events continue on their current trajectory — have regained the right of self-determination. Instead of being told what to do by their distant and unaccountable masters in Brussels, they will now be told what to do by their masters in London — who, at least theoretically, may be held to account when they thwart the will of the people.

Now the UK can determine how it will spend taxpayers’ money. It can regulate the size, texture, and ingredients of its own cheeses.

It can decide how many immigrants, if any, it wants to allow into the country. Maybe the British people want to import millions more Third World immigrants, or maybe they don’t. But they get to decide.

And Britain can decide what, if anything, it wants to do about the problem of Islam, without worrying about being slapped down by the European Court of Human Rights. In the seventeen years since he began his quixotic effort to get the UK out of the EU, Nigel Farage consistently refused to deal with the issue of Islam, because he (quite rightly) feared that touching this third rail of British politics would marginalize him completely and guarantee his political ineffectiveness.

And now, almost two decades later, he has achieved his goal. Now the British people may decide all political matters for themselves.

It’s like the old question about the dog who chases cars: What would he do with one if he caught it?

Well, you caught one, Nigel. Now what?

42 thoughts on “Brexit is Only the Beginning”