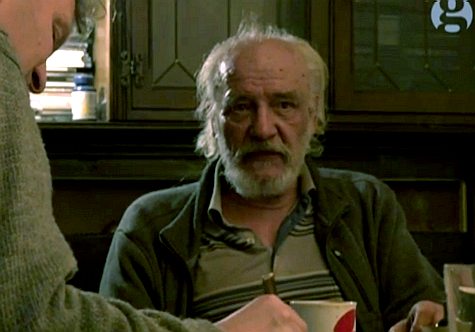 Readers who follow the work of Diana West will be familiar with Vladimir Bukovsky. Mr. Bukovsky was a Soviet dissident who was expelled from the USSR in the 1970s and now lives in Britain. During the controversy about Diana West’s book American Betrayal, Mr. Bukovsky was one of the most prominent and respected of her defenders.

Alexander Litvinenko was a former FSB officer and a friend of Vladimir Bukovsky’s. He fled to the UK, and died of polonium poisoning in London under mysterious circumstances in 2006. It is widely suspected that Vladimir Putin ordered the assassination of Mr. Litvinenko at the hands of the FSB.

Just before he was scheduled to testify in an inquiry in London about the murder of Alexander Litvinenko, Mr. Bukovsky was charged with possession of child pornography, in what appears to have been a set-up by the FSB. In response he has sued the Crown Prosecution Service for libel (an immensely expensive operation in Britain), and has recently gone on a hunger strike to draw attention to his case and attempt to have his lawsuit heard before the criminal trial against him.

Diana West has drawn attention to what Vladimir Bukovsky is doing. She says:

More than 150 former Soviet political prisoners, their relatives and descendants have signed a petition to “Save Vladimir Bukovsky,” which will be delivered to the Departmental Ministry of Justice in London. Please consider signing it here.

Below are excerpts from an article in The Guardian about Mr. Bukovsky’s case:

The Russian dissident Vladimir Bukovsky has been on hunger strike at his home in Cambridge for more than a week in protest at what he calls the “Kafkaesque” British judicial system.

Bukovsky was charged last year with child pornography offences. He strenuously denies the allegations. In August he took the unusual step of suing the Crown Prosecution Service for libel: he is seeking £100,000 in damages and claims the CPS has “falsely and maliciously” hurt his reputation.

Jenny Hopkins, the CPS’s chief crown prosecutor for the east of England, said in April 2015: “Following an investigation by Cambridgeshire police, we have concluded that there is sufficient evidence and it is in the public interest to prosecute Vladimir Bukovsky.”

The dissident was a close friend of Alexander Litvinenko. The pornography was allegedly discovered on Bukovsky’s laptop shortly before he was due to testify in a public inquiry into Litvinenko’s murder in London in 2006. Two Kremlin agents, Dmitry Kovtun and Andrei Lugovoi, poisoned the former Russian spy in a Mayfair hotel with a cup of polonium tea.

Bukovsky told the inquiry he was “pretty sure” the Kremlin was behind Litvinenko’s death. The inquiry chairman, Sir Robert Owen, agreed, ruling in January that the Russian president, Vladimir Putin, had “probably approved” the polonium plot in London.

Bukovsky’s friends in the UK and Russia say he has been set up. They say his outspoken criticism of Putin made him an obvious target for sophisticated Kremlin hackers to plant the pornography and suggest Russia then “tipped off” the British police using Europol, the EU’s law enforcement agency.

Speaking at his home in Cambridge, Bukovsky said: “I’m on hunger strike not because of trying to prove anything to the FSB [Russia’s security agency]. We’ve known each other for half a century. There’s nothing new they can tell me or I can tell them. I’m doing it for the British public.”

Read the rest at The Guardian. Sign the petition here (I’m not sure whether you have to be a British subject to sign it).

5 thoughts on “Vladimir Bukovsky on a Hunger Strike for Justice”