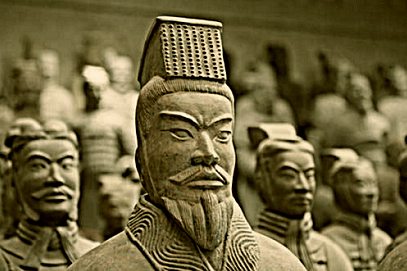 Yesterday’s post on nuking the Ka’aba produced more discussion than I anticipated. The most surprising aspect of the back-and-forth was the assertion that we have no need to understand Islam. I disagree: if we do not understand our enemy, it will take far longer to defeat him — if indeed we ever do.

The first two sections of the post below are adapted from some of my responses in the comments, beginning with a more detailed explanation of why I think the Islamic State (and Salafists in general) will rejoice over the destruction of the Ka’aba.

ISIS is currently the strongest war engine of Sunni Islam, so it is that we will be fighting. The rest of the Sunnis are supporting ISIS, covertly or overtly, directly or indirectly. Both aspects of the problem — the warriors and their support matrix — must be dealt with. Assuming, that is, we ever decide to deal with the problem at all, rather than topple secular dictators and engage in “nation-building”.

Those Muslims who become “radicalized” — that is, whose faith has been purified — will either join the jihad or support it. During that process they will study more closely the doctrines of the pure faith. They will learn that to erect a shrine around a black stone and revere it is to worship an idol, no matter its provenance. They will therefore consider the destruction of the shrine their Islamic duty, and vow to destroy it, just as they did the tombs of the Shi’ite saints in the territories they conquered in Iraq.

This is the dynamic into which our nuking of Mecca would be inserted.

The purified faithful would cognize what happened as Allah’s using the filthy infidel as an instrument to destroy the filthy idols erected by the mushrikun who have polluted the hijaz. They would rejoice at what happened, and feel themselves vindicated. Their hatred of us would not diminish a whit, of course — we would simply be the instruments of Allah’s judgment against the mushrikun.

The effect on other Muslims, the non-Salafists, would be harder to predict. But I doubt they would apostatize just because the Ka’aba had been destroyed. The exultation of the Salafists would saturate the airwaves in the Islamic world, and an undetermined number of Muslims would listen to it and say, “By gum, you know they’re right! I’m going to support the Islamic State from now on.”

That’s the scenario, as I see it. And all of that would inform the motivation, decision-making, planning, energy, and zeal of the vicious Muslims who are already amongst us, the ones who give us Beslan and Brussels and the Bataclan and San Bernardino and all the other jihad attacks.

Thus, it is incumbent upon us to understand as well as we can the way Muslims think about these things, because it will have a direct causative effect on the number of casualties we will have to take.

Knowing the enemy does matter.

The next section is a response to one of the commenters who averred that understanding Islam was unnecessary for the task at hand. He described it this way:

Both Europe and America can essentially do this [cut out and contain Islam] quite simply, and almost bloodlessly, by totally banning the practice and teaching of Islam, destroying all the mosques, and forbidding entry to Muslims.

Saying that something can “simply” be done ignores the fact that it is manifestly not being done, simply or otherwise. It hasn’t been done, it isn’t being done, and there is no sign that it ever will be done.

In point of fact, Islam is in the process of defeating us. It may already be too late to turn the tide; it’s hard to tell. But it has massively infiltrated us, found our weakest societal points and used them to its advantage, and disabled our ability to resist — compromised our cultural immune system, if you will.

How did an indigent, feeble Islam manage to do this to the strongest and most affluent civilization that has ever existed?

By knowing the enemy.

Islam is it war with us, and considers us its enemy. So Muslims infiltrated us and studied us, learning how we live and how we think. They attacked us at our weak points, using our own foolish intellectual and cultural fads against us — political correctness, fairness, equality, “racism”, you name it; anything that wins the argument and forces us to cede ground.

They managed to do all this without our understanding them to be the enemy, or even understanding that a war was on. In fact, they induced us to chant the mantra “WE ARE NOT AT WAR WITH ISLAM” over and over again, of our own volition and against all the evidence before our eyes.

And now they are among us, placed at the strategic political and cultural nodes of our societies. If we suddenly wake up and realize that we are their enemy, and they ours, then we will be in a civil war from that point onwards, as Matt Bracken has pointed out.

Theirs is a major accomplishment, one of the greatest victories ever achieved by one civilization against another. And they did it all without open warfare, without their enemy’s awareness that there was a war on.

How did they manage to do that?

By knowing the enemy.

And yet you say: “It is not important to understand Islam”!

This is a misguided notion. It is because you and others like you share it that we are losing this war, all without its ever turning into an open kinetic conflict.

We are losing, I tell you, and losing badly. It may already be too late to turn it around. And it is definitely too late if we fail to realize that we need to understand Islam thoroughly in order to defeat it.

In my earlier post I mentioned the importance of sitting through Major Stephen Coughlin’s briefing on Islam and Islamic law.

I attended a nine-hour briefing by Maj. Coughlin back in 2009. Shortly afterwards I began the task of turning a transcript of video footage from another briefing — it might have been twelve hours long; I’m not sure — into prose, which became the first draft of his book Catastrophic Failure.

At that time I was already fairly well-versed in Islam; I’d been studying it intensively for five years or so. But Maj. Coughlin’s briefing not only presented material that was new to me — such as a detailed verse-by-verse analysis of the abrogated portions of the Koran — it also prompted me to take a new approach to the subject. He emphasized how important it is to learn about Islam the way you learn a new language — by immersing yourself in it. After a while, you learn to think like a Muslim. When certain events make the news, you can look what happens and conceptualize it the way a Muslim does, rather than filtering everything through the lens of a Western perspective.

Major Coughlin has become so knowledgeable about Islam that he can predict, in general terms, the future course of the jihad. What has been happening recently in the Middle East and Europe was outlined years ago by him.

Not long after Maj. Nidal Malik Hasan committed his jihad massacre as a “soldier of Allah” at Fort Hood, the slides for a briefing on his faith given by Maj. Hasan surfaced and were published in the press. In his briefing Maj. Hasan justified what eventually became his own actions in terms of Islamic law.

After seeing Major Hasan’s slides, someone said to Stephen Coughlin, “It sounds as if Hasan must have been briefed by you!”

Major Coughlin replied, “No — he and I were both just studying the same sources.”

Once again: Know your enemy.

129 thoughts on “On Knowing the Enemy”