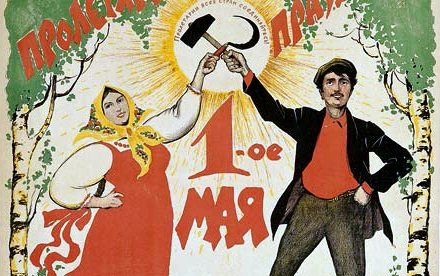 Each quarterly fundraiser has its own rhythm, and this one has been pretty slow so far.

It’s hard to identify the reasons for the early lag in donations. Maybe people are burned out on politics — it’s been intense for many months on both sides of the Atlantic. It could be that a sort of cultural jet lag has set in. All that information — too much, too fast, all day every day. Especially the jihad-jihad-jihad that thrums unremittingly in the background. Everybody’s aware of it, subliminally or otherwise, and it can be wearisome (as I know too well).

There’s only so much of that stuff that you can take before you have to do something else for a while. Dig in the garden, maybe. Play bridge. Watch old Netflix movies.

Build a ship in a bottle.

But no jihad, thank you! I’ve had a sufficiency.

And times are tough. Money doesn’t go as far as it used to, and just about everybody has less of it.

A lot of our readers are close to my age, which means they’ve moved into the “fixed income” geezer class, or will soon. They have to watch their pennies carefully nowadays. Especially with those high co-pays at the doctor’s. And the price of medication, prescription or otherwise…

But maybe you’ve got an extra sawbuck stashed in the pocket of your other pants — better take a look. It may even be marked with a note in fluorescent ink: SAVE FOR THE COUNTERJIHAD.

The theme of this week’s bleg is “May Day”, especially Soviet-style May Day, with red banners and proletarian slogans and unremitting exhortations to work harder to make the socialist dream come true.

The Soviet style of socialism was different from the sclerotic sort we’ve settled into here in the post-modern West. It was more destitute, more dramatic, and more deadly.

And funnier. Somehow it offered ample opportunities for jokes, a sort of samizdat culture of dissident humor. We’ve posted collections of Soviet jokes here in the past — nothing is funnier than those old jokes. But the milieu that nurtured them is fading into the mists of history. It makes me wonder if modern Russian jokes are as funny as the ones from Soviet times.

In the spirit of Soviet humor, I’ve dug into the archives and pulled out a post from November 2005, more than ten years ago. I had come across an advertisement that morning on the Internet, for Match.com or a similar dating service. It featured photos of two youngsters, and you were supposed to decide whether their relationship was a go. You click the button for your choice, and that takes you to the dating website, where they try to sell you the service.

The girl in the picture had on a red top, and the guy wore an olive-drab beret with a red star on it. I looked at the two of them and thought: Socialist love!

So I screen-capped the ad and posted this:

She’s a file clerk in the Ministry of Information. He’s a junior commissar in the Young Communist League.

How do you reckon their chances? Headed for wedded bliss, marching together in service to the Proletarian Future? Producing many happy children for the Socialist Cause?

Or doomed to breakup and failure as vodka-soaked counter-revolutionaries?

A commenter named Chris left the first comment on the post, and foreclosed any other possible suggestions with his droll projection of the future for this socialist romance:

Alas, soon after they are married, she comes across a secret report that he has been engaged in counter-revolutionary activity. Disillusioned, she enters an affair with a young militia officer.

Meanwhile, her husband, unaware that he has been denounced, and under surveillance by the secret police, suspects his wife of black market activity, after “gifts” begin to show up in their apartment. He denounces her, and she is placed under surveillance as well.

He begins to drink heavily, and she becomes shrewish. Their relationship soon reaches a breaking point, and in a drunken stupor he accuses her of anti-socialist behavior. She lashes back that he is an agent of a capitalist government.

Their quarrel escalates into a physical confrontation, ended when he falls down the stairs after pushing her out the door of the apartment.

Two secret policemen (slightly surprised to meet each other) arrive after hearing the quarrel (via listening devices) and arrest them both.

Under questioning, they denounce each other, wanting revenge for their feelings of betrayal. She is sentenced to five years in a gulag. He is sent to a mental hospital for re-education. The militia officer is also arrested, and after questioning, is demoted and re-assigned to onerous duties in the hinterland of the country.

Later, the woman emerges from prison and remarries a mechanic, who is an alcoholic and beats her occasionally. Her ex-husband succumbs to injuries sustained in the fall, exacerbated by his interrogation. The militia officer becomes a homosexual, and is later slain in a jealous rage by a spurned lover, who is himself arrested and hanged.

I don’t know how well the institution of marriage and the relations between the sexes held up in the Soviet Union. The abortion rate in the USSR was astronomical, and the birth rate plummeted. Vladimir Putin has instituted a program of incentives to induce Russian couples to have more children, and it seems to have enjoyed modest success. Russia used to be close to the “death spiral” level of fertility that dooms a culture to extinction, but it may be pulling out of that now.

I doubt that full-bore Communism could do more damage to romance than Cultural Marxism has managed to do here in the West. The long march through our institutions has deconstructed “gender” in every nook and cranny of the culture, so that relations between men and women (and all those other cockeyed “gender identifications” that have been invented in the last fifteen or twenty years) have never been more fraught and full of political menace.

I don’t envy young people nowadays. Especially the young men — it must be hard for a guy to meet a woman who won’t firebomb him from her position of gender superiority. Or who is even interested in men at all, for that matter.

And now I’ve wandered too far off our mission statement. I’d best put my nose to the jihad grindstone again.

But first, I’ll do just a little more work on that ship in a bottle…

Yesterday’s donations came in from:

Thank you all for showing up so faithfully, many for more times than I can recall.

8 thoughts on “Love in the Ruins of the Revolution”