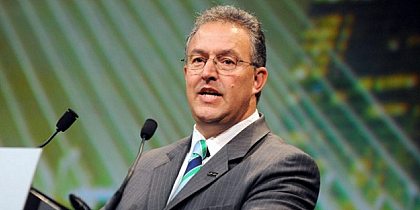 The following open letter to the Muslim mayor of Rotterdam was published at Joost Niemoller’s site, and has been translated by SimonXML. The translator includes this introductory note:

The Dutch do not have many journalists who speak out against Islam. Joost Niemoller is one. May 5th is Dutch Liberation Day. There is a big ceremony at the Dam in Amsterdam during which the King and all the various notables lay a wreath at the national monument. It’s kind of similar to the Cenotaph in London. This year, the 4/5 May Committee, who organize it all, invited Ahmed Aboutaleb, the Muslim mayor of Rotterdam, to give the main speech. It was a dreadful piece of left-wing multicultural tripe, but this open letter published on Niemoller’s website says it far better than I ever could. I could not resist sharing it, so I have done a quick translation into English.

The translated letter was published previously in a slightly different form at Vlad Tepes:

I will introduce myself. My name is Jurrien Boiten and I am the grandson of J. H. Boiten, a resistance fighter from Assen who didn’t come home after World War II. Murdered by the Nazis in the Dora concentration camp. So I am one of the relatives of the survivors you briefly mentioned in your speech during the commemoration this year.

Please understand that May 4 and 5 are also special days for me. Then all the emotions resurface. And this year that was even more so the case. When I heard on January 26 of this year that you would give the speech at the Dam I was angry. How could it be that you were asked? But then, Ms. Gerdi Verbeet is the Chairman of the 4 and 5 May Committee and a prominent member of the Labour Party. You are too, and then the relationship becomes clear. I felt that something had been stolen from me. Anyway, you had not spoken yet, so I kept my mouth shut and waited. Your speech was going to make it clear. And it did indeed.

Why was I so upset when your name was called? That has everything to do with your faith and everything you stand for. You are above all a practicing Muslim. Additionally, you are a representative of the multicultural society desired and acclaimed by the left. But above all because of your Muslim background, letting you give a speech during the commemoration for all the Jews murdered in our country during the war is trying to unite the irreconcilable. It’s like a convention of vegetarians where the president of the Association of Butchers as a speaker gives an impassioned speech against eating meat.

You want to live by the rules of the Koran. The Koran is, as you know, a book that oozes hatred of Jews and is full of prejudice about unbelievers. Even homosexuality is strictly forbidden in the Koran. The Koran in that sense is as bad as Mein Kampf. The Koran inspires the faithful to fight against any “infidel”. The barbarians of IS are the ultimate example of this. I am such an “infidel.” Your holy book calls for my destruction. And to this day you have never distanced yourself from that book. Indeed, it inspires you in your daily life.

There is in our country now a consensus about the fact that the multicultural society has failed. But only a few people from the left still refuse to see that. And they unfortunately also sit on the 4th and 5th May Committee.

You are, as I recalled, a representative of the multicultural society. That was also the reason for the committee to invite you. Over the backs of those who died and their survivors they abused the commemoration of May 4, 2016 as propaganda to prove the “success” of a now failed project. Your presence in the eyes of the committee is evidence of the “success” of the multicultural society. Your presence would encourage immigrants and natives to commemorate together. But were these foreigners there then? The NOS [the Dutch equivalent of the BBC/CBC] had to do its utmost to show a picture of such an individual.

For example, were there Muslims at the Dam who felt connected with the history of our country? No, they were conspicuous by their absence. Yet thanks to the sacrifices of those who fell, they too may live in freedom in our country.

The multicultural society is a political ideal. And Memorial Day on May 4 was never intended for making political statements. Memorial Day was never intended to put the spotlight political “successes”. Precisely because in our country there are so many different political views, the commemoration should and can unite people for a short time. A time for forgetting different views. Despite all the disagreements combined — also as survivors — a moment to reflect on the memory of those who lost their lives for the freedom of our country.

Unfortunately, the leftist political clique cannot control themselves and has now snatched the commemoration of the Dutch People in the service of its political objectives.

And then your speech. I hear you politicising over the backs of 686 dead Jewish children from Rotterdam. Because politicians quite often twist the truth if that suits them better. And you are such a politician!

Stamping them as sub-human was not prejudice, it was a dogma of the Nazis. Prejudices you can talk about with each other. A dogma is fixed irrevocably.

But you deliberately use the word “different”. Because with that word you can create the bridge to today. We often encounter the word “different” in the debate on multiculturalism today. It is also used by those who warn of the increasing Islamization of our society. And because you use the word “otherwise” you simplify the evil ideology of the Nazis. And you therefore equate those who recognize and warn of the danger of Islam in our country with the Nazi killers of, amongst others, my grandfather!

Because, you say, a country (the Netherlands) can fall prey to gut feelings and misguided emotions that disrupt our society. You say, and I quote: “Gut feelings can pave the way to hatred, violence and ultimately even to murder. Even now.”

You are well aware that those who are critical of the growing influence of Islam in the media and in politics are set aside as people who have gut feelings. As people who sow hatred. At people who want to stir up violence. They might even want to incite murder.

Your message is: the Nazis murdered people because they were “different”. And it could happen again by those who warn against the increasing Islamization of our country and point to the being “different” of Muslims. So Muslims are in your eyes the new Jews, the new gays, the new Sinti and the new mentally disabled.

By doing this as a Muslim you abuse the commemoration of May 4, 2016. You equate those who are critical of the increasing Islamization of our country with the Nazis.

While you know quite well that millions of Muslims around the world, including in our country greatly admired Hitler because of the murder of six million Jews.

You also know that in many black schools in our country, history teachers are struggling to deal with the Holocaust in the classroom. You know what is written about Jews in the Koran. You recall 686 Jewish children who were murdered. But do not you say that Muslim armies tried to murder the survivors in four wars in Israel?

And you also forget to mention that on April 25, 2004 you felt that the phrase “Cancer Jew” in the current slang of young Moroccans was fine. How credible are you actually when you commemorate Jewish victims at the Dam?

The opportunity given to you to speak at the Dam is another step in the growing Islamization of our country. Even our National Memorial Day is sacrificed. And that is why your call to listen to stories from eyewitnesses and survivors therefore no longer makes sense. Because these stories are about the struggle against the totalitarian Nazi ideology and its consequences. Because despite the warnings of those stories, the Dutch people permits a similarly totalitarian ideology disguised as the religion of Islam to gain more space in the public domain. An ideology that calls into question more and more freedoms and habits and wants to restrict them. And whose opponents are discounted as the new Nazis by you.

The burden that is thus laid on the shoulders of our children will become even heavier, as they will eventually have to literally fight to preserve and recover freedom of thought and action. The contours of a clash between ethnic groups in our country are becoming more visible.

You end with, “That’s why we remember.” Indeed WE commemorate. We, the white, native Dutch. Except for a few, immigrants were not present at the Dam to commemorate. And even though many have held a Dutch passport for generations, their absence proved once again that they do not identify with the history of our country and therefore not with the country itself. They consume our country and nothing more.

And that’s why I now wonder whether the ultimate sacrifice made by my grandfather and all those other, often nameless, resistance fighters for this country and its inhabitants was worth it. The legacy he and his comrades left us has been squandered and sold off by generations of politicians over the last thirty-five years. With, as a sad highlight, the fact that you as a practicing Muslim may speak at our National Remembrance Day, at which upright Dutch people are dismissed as the new Nazis.

Footnote: “Incidentally, I missed you yesterday at the memorial service for Pim Fortuyn. A well-known politician from Rotterdam who was murdered for his views on May 6, 2002.”