The previous video about the terror threat in the Netherlands includes an unintended and unrelated humorous moment. If you watch carefully, at about 0:57 in the clip you’ll see an image of the Deceased Person Formerly Known as Prince flash briefly on the background screen during the presenter’s narrative.

Here’s a screen cap, in case you missed it: 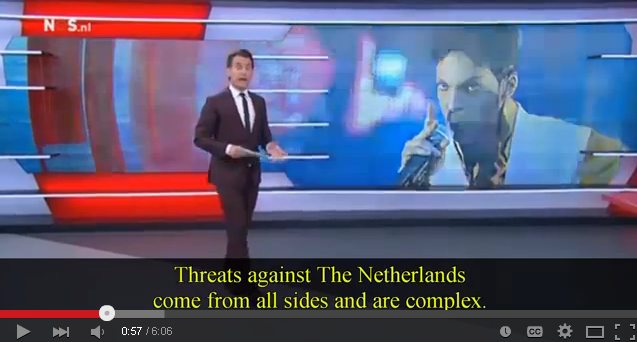 Obviously, some technician behind the scenes slipped the wrong slide into the background sequence, and quickly removed it as soon as he realized his error. But not before the ever-vigilant Baron could notice and screen-cap his solecism.

I know very little about pop music, but that photo of Prince has been ubiquitous in the media over the past for or five days. It was impossible to miss.

The question naturally arises: Is the Artist Formerly Known as Prince so dangerous that even his shade can threaten the Netherlands?

4 thoughts on “The Threat Formerly Known as Prince”