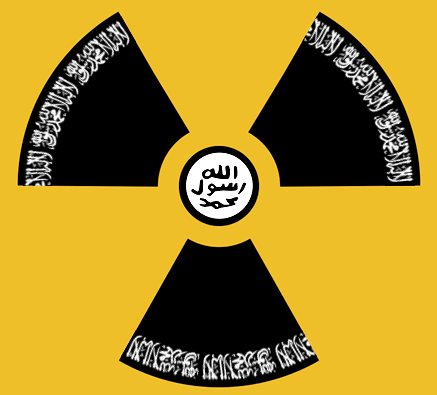 As most readers will remember, last September a mob of “refugees” stormed the border fence between Serbia and Hungary, egged on by a man with a red megaphone who sat on someone’s shoulders. The Hungarians arrested a number of people for their part in the violence. Several of the perpetrators went on trial earlier this month.

A couple of weeks ago Vlad found an English-language video made by a woman who understands Hungarian. She based her report on a Facebook post, which said among other things that one of the men on trial had had uranium residue on his clothes when he was arrested, and that experts who testified said there was no known way he could have acquired it without having been present inside a nuclear power plant or nuclear weapons laboratory.

I asked Dzsihádfigyelo to take a look at the Facebook page on which the video report was based, and he sent back some material about the case, including this translation of the FB post, written by Georg Spöttle, a security expert:

‘Stories from the Thousand and One Nights’

Yesterday the trial of the “Röszke battle” culprits begun in Szeged City. Since I am a police officer I am used to hearing lies, but this time I, too, was flabbergasted.

The culprits claimed they had not known it was a crime to cross the border illegally. This is not very plausible, since it has serious consequences in all the countries of the world.

However, they were way too unabashed in saying how their own efforts to knock down the border fence had been misinterpreted — as if it had been opened for them by the authorities. What is more, the Syrian man accused by throwing stones told the judge he had just wanted to clean the road, that is why he had been holding the stones. ‘He had been ordered to do so by another man with a red megaphone.’ So they did not even attack the policemen, they were only cleaning the border zone. He did not even understand why he was taken into custody. Of course, he accused the Hungarian police of assaulting him while being remanded in custody.

On the clothing of one of the culprits (pictures were also found showing him posing with weapons) gunpowder was found. This may have come from the police tear gas sprays as well. However, a granule containing uranium was found on his clothing, and there is no logical explanation for it. Normally, this ore may only come into contact with someone if they work in a nuclear power plant or nuclear laboratory, or perhaps, if one is a terrorist…

The probable original source of the Facebook post was a media report, since the press was present at the trial.

Pictures of the trial:

About the uranium granule, from Index.hu:

During the investigation experts examined his belongings — a physicist and a geologist analysed the particles found on his clothes. They found that the remaining gunpowder might have come from the tear gas grenade used by the police; but a particle containing uranium astonished them; as they wrote it ‘it was not typical in Hungary’; they have not encountered even one in recent years.

21 thoughts on “The Radioactive Jihad Arrives”