As a follow-up to his essay from last weekend, Thomas Bertonneau sends his thoughts on the genre of the essay in our civilization. 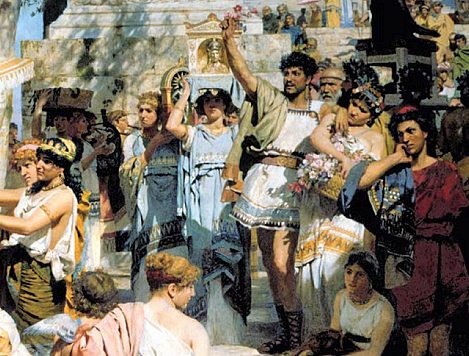 The Essay and Western Civilization
by Thomas F. Bertonneau

It takes genius — that of Homer, Virgil, the Beowulf poet, or Frederick Turner — to compose an epic narrative. Real novelists and short story writers are also rare birds; and masters of lyric verse are likewise as infrequent as the visitations of Grace. Everyone knows the centrality of epic narrative to civilization. Looking back four hundred years to the final acts of the Bronze Age, Homer articulated the ethics, aesthetics, and theology of the emerging world of the polis. Virgil, with Homer as his model, summed up his patron’s idea of what the newly established Roman Empire ought to be. In Beowulf, readers become familiar with a Christianized version of Gothic heroism. Novelists and short story writers carry on the epic tradition in prose, with a shift of focus to ordinary rather than heroic lives. The lyricists explore the dimensions of subjectivity, guiding their readers through the pathways of the inner world.

There is, however, one genre that is not the exclusive domain of artistic Titans. The essay lies within the reach of ordinary, literate people. The roots of the essay may be found in the smaller dialogues of Plato, in the disquisitions on innumerable topics by the Neo-Platonist philosopher Plutarch, and in the letters of Seneca the Younger. The name essay was coined by Michel de Montaigne on the basis of a common French verb, essayer, which English renders with accuracy in its modest to try. An essay is therefore an attempt, but at what? For Plato, who acknowledged truth, the colloquy of serious men that any of his dialogues records aimed at the approximation of the truth concerning whatever the topic might be. Plutarch carries on the practice, as does Seneca, who was a Stoic rather than a Platonist. It is important to remark that the discussion, whether Plato’s, Plutarch’s, or Seneca’s, does not necessarily produce the truth that it seeks. The important thing is the search itself. Montaigne comes in for a good deal of ire for his perspectivism, but the juxtaposition of differing views is already a technique in Plato, Plutarch, and Seneca.

An essayist, as it seems to me, is a writer who invites his readers, as few or as many of them as there are, to go with him along unfamiliar ways, sometimes breaking a new trail, in search of truth or at any rate of truths. An essayist is not an author of scholarly articles; neither is he a journalist. An essayist stands closer, perhaps, to a lyricist than to a writer of tales, whether long or short. The essay is a malleable genre: It might be aphoristic and associative; it might borrow the philosopher’s syllogistic exposition; it might make use of anecdote, as much as argument. The essay records the intellectual biography of its author; it is the memoir of a sustained meditation on the aspects of life, on the standing condition, and on the inescapability of moral cause and effect. An essay might be short or it might be long — and some essays run out to book length. An essayist, finally, is a man of persuasion who never regards his text as mandatory for others, but simply issues an invitation. Prose that claims a mandate is not essayistic but propagandistic.

The essay is, above all, a civilized institution. Perhaps this is why the essay is so often misunderstood or misapprehended in a contemporary context. In a social phase dominated by polemics and characterized by shouting heads, in which the majority reject the very idea of truth, few are sufficiently open-minded to follow the essayist in his quiet, absolutely non-obligatory quest. Today, sophisticated people prefer to watch Public Television and read The New Yorker, from which the calm spirit of open-minded inquiry has long since vanished.

One of my reasons for paying attention daily to Gates of Vienna is that Dymphna’s and the Baron’s website is one of the bastions of essayistic thinking. In the past GoV has been a venue for splendid essayists such as Takuan Seiyo, Seneca III, Fjordman, and numerous others. There is plenty of much-needed news at Gates of Vienna, to be sure, but it is well-complemented by the items of speculative and exploratory prose on the looming existential afflictions of our time — and on the sources of the traditional order of things. I am delighted, and somewhat humbled, that the Baron has extended to me the opportunity to be a modest participant in the civilized project at The Gates. I am again humbled, and not a little bit overwhelmed, by the number and energetic quality of the responses to my recent essay (much-rewritten and expanded from its original appearance at the now-defunct Brussels Journal) on René Girard and the phenomenon that he identifies as “the ontological sickness.”

This is by no means a dismissal of Christianity. Quite the opposite: The statement implies that even among the perspicacious, as among the readership of Gates of Vienna, the radical nature of Christianity has not been thought through sufficiently. The statement also implies that Islam really is a religion, along the lines of immemorial religion of the type that Girard spent his lifetime studying; that Islam is quite as religious a religion as the Dionysiac Revels or the Aztec Pyramid Cult. The thesis is tenuous at its birth, but the prospect of following it out to its conclusions beckons me strongly. If the thesis proved true, it would alter the way in which we discuss the existing relation between Islam and the West. It would confront the multiculturalists with a sudden and unexpected reversal of terms that would disadvantage them rhetorically. It is to insights of this type, unanticipated, that essayistic thinking can lead.

My classroom experience confirms my general impression that ours, sadly, is not an essayistic age. It is an age, rather, of slogans, of lifted eyebrows, and vulgar invective. Contemporary college students can write the race-class-gender “essay” in their sleep. (It has five three-sentence paragraphs and resembles a Power Point presentation.) Ask them to respond to the serene indirection of Henry David Thoreau or Walter Pater — or, let us say, to the wit and irony of G. K. Chesterton or George Bernard Shaw — and they have great difficulty. The difficulty is partly intellectual (they are victims of the criminal enterprise called American education), but it is also partly attitudinal or mood-related. Students are never in a state of calmness. Serenity is a condition unfamiliar to them. Their compulsive recourse to their cell phones suggests not only their sense of continuous disorientation, but their unwillingness to open themselves to the movement of reality to see where it might take them. We arrive, then, at another definition of the essay: It is the vessel in which the essayist gives himself over to the movement of reality to see where it might take him — closer, he hopes, to truth or to truths.

I say, thank you once again to my readers — and to the Baron and Dymphna for their commitment to Western Civilization and to its institutions including that modest thing, the essay.

Thomas F. Bertonneau has been a college English professor since the late 1980s, with some side-bars as a Scholar in residence at the Russell Kirk Center for Cultural Renewal, as a Henri Salvatori Fellow at the Heritage Foundation, and as the first Executive Director of the Association of Literary Scholars and Critics. He has been a visiting assistant professor at SUNY Oswego since the fall of 2001. He is the author of over a hundred scholarly articles and two books,Declining Standards at Michigan Public Universities (1996) and The Truth Is Out There: Christian Faith and the Classics of TV Science Fiction (2006). He is a contributor to The Orthosphere and the People of Shambhala website, and a regular commentator at Laura Wood’s Thinking Housewife Website. For his previous essays, see the Thomas Bertonneau Archives.

22 thoughts on “The Essay and Western Civilization”