A week ago today the battery charge against Tommy Robinson was dismissed by the bench (panel) of the Peterborough Magistrates’ Court. Thanks to the generosity of his supporters all over the world, Tommy walked out of court that afternoon a free man.

The next day, during a proverbial chat beside the stove, Dymphna and I were discussing this marvelous outcome. She wondered out loud about what would happen to Tommy: “They didn’t lock him up. They haven’t been able to kill him. What’s next?”

“I don’t know,” I said. “Maybe it’s time for Tommy to trample out the vintage where the grapes of wrath are stored.”*

My sense was (and is) that the wind is beginning to shift. Tommy’s belated escape from “justice” is just one instance of good news in an area that has produced virtually nothing but bad news for more than a decade.

Change is now in the air. Helmut Kohl has met with Viktor Orbán. Geert Wilders is the most popular politician in the Netherlands. The Sweden Democrats prevailed in a court case about asylum housing for “refugees”. Alternative for Germany (AfD) achieved major gains during recent regional elections in Germany, and its “Islamophobic” platform now makes daily headlines in the German media.

And Tommy Robinson is still alive. He isn’t even in prison.

The deck is stacked against us. Yet we seem to be on a roll. How can that be?

Twelve years ago, before Theo Van Gogh was murdered by a mujahid, we thought we could say what we liked. Now we know better. Anyone who has been paying attention knows they can get dead with no warning if they say bad things about Islam. 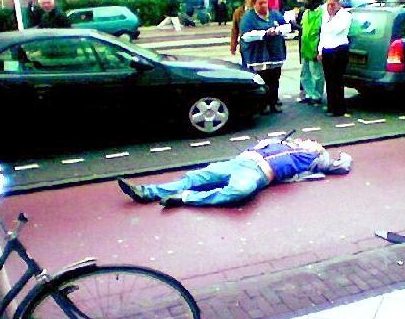 It’s called “self-censorship”. It only takes a couple of jihad operatives with carefully targeted lethal violence, and PRESTO! Infidels enforce sharia anti-blasphemy laws on themselves. A low-cost victory for the jihad; very effective.

The treatment of Tommy Robinson by law enforcement and the “justice” system achieves a similar end. Yes, Tommy prevailed in the end. But he spent months in solitary, lost his teeth, and nearly lost his life. How many people will be willing to go through that just to be able to say, “Islam is not just a religion; it’s a totalitarian political ideology”?

No, thanks. I want to keep my teeth and my life. I’ll pass.

The treatment of Geert Wilders accomplished the same purpose. He’s the leader of the most popular party in the Netherlands, yet he has to live his life like a hunted fugitive, surrounded 24/7 by armed bodyguards, with no opportunity to live like a free man ever again. 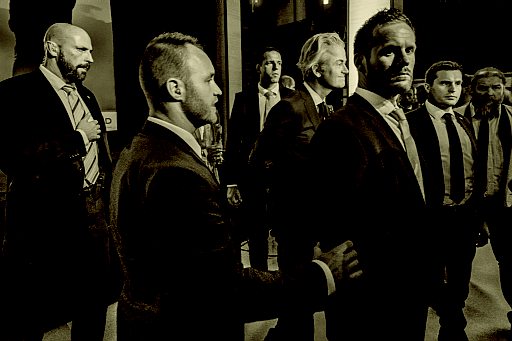 Who wants to endure that, just for the privilege of saying, “Islam is not just a religion; it’s a totalitarian political ideology”?

No, thanks. I’d rather be able to walk down the street and sit in a sidewalk café drinking a beer, without worrying about being ventilated.

And yet…. Tommy and Geert are heroes.

To everyone who is paying attention, and is even slightly sympathetic to our cause, Tommy Robinson and Geert Wilders are understood to be heroes.

A hero is willing to make great sacrifices for the cause he believes in. He is even willing to sacrifice his own life rather than give up the struggle.

The enemies of Geert Wilders and Tommy Robinson keep trying to paint them as cynical opportunists, as corrupt operators who are out for nothing but their own personal gain. But it’s impossible to make such accusations stick, given what they have gone through for the sake of what they believe in. 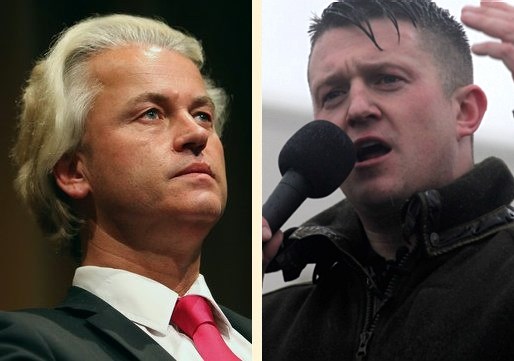 No: to anyone who is paying attention, they are HEROES.

They inspire us. They serve as examples for the rest of us. They remind us that there is something more important than the humdrum comforts we have become accustomed to.

Their lives are a lesson. They say, “Look: this is what a real man does for the sake of what he believes in. Don’t be seduced by all the creature comforts and the easy life. This has real meaning.”

We’re privileged to live at a hinge of history. The door can swing either this way, or that. It can be the easy way, or it can be the Tommy and Geert way.