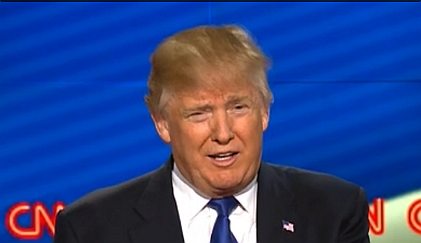 Regardless of what I might think of Donald Trump’s other policies, his stance on Islam is enough to earn my vote. With the exception of Geert Wilders, no politician of comparable stature west of the Elbe is willing to confront the danger that Islam — not “radical Islam”, not “Islamism”, but Islam — poses to Western Civilization.

According to The Hill, this is what Mr. Trump said today in the wake of this morning’s massacres in Brussels:

Trump: ‘Frankly, We’re Having Problems With the Muslims’

Republican presidential front-runner Donald Trump on Tuesday said Islam is the main source of global terrorism, in the aftermath of attacks in Brussels that left at least 34 dead and more than 100 wounded.

“These attacks are not done by Swedish people. That I can tell you. We have to be smart. We have to look at the mosques and study what’s going on. There is a sick problem going on.”

Trump said the incident shows why the U.S. should be wary of Middle Easterners.

Trump said on “CBS This Morning” that Brussels used to be one of the most “beautiful and safest” cities in the world. “Now it’s a horror show. There’s no assimilation.”

Trump said his main focus is on better immigration surveillance, not a total shutdown.

Ted Cruz also had some interesting things to say.

57 thoughts on “Trump: “Frankly, We’re Having Problems With the Muslims””