“The more we become a nation of illegal immigrants, the deeper we fall into anarchy.” 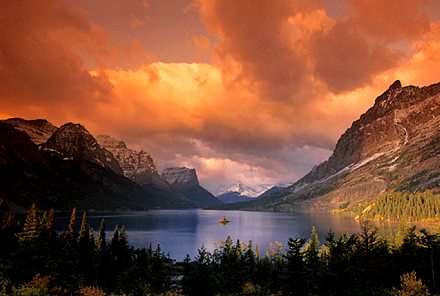 Ann Corcoran’s email today featured the guest editorial below. It appeared in the Montana Standard in response to a previous essay describing those “faith-based” voluntary agencies who haul immigrants into the U.S.(and make a nice living doing so).

The opposing editorial was written by Paul Nachman, a retired physicist.[A bit more on him later.] He puts to rest the idea that these groups are performing any kind of “sacrifice”.

Dr. Nachman, as do many of our readers, knows the deal when it comes to the profitable business these volags generate using tax-payer monies. Which is what a socialist means by a “productive” use of your money. I thought I’d heard it all, but he has some new wrinkles to iron out for your inspection, e.g. a super-group, The Committee on Migration and Refugee Affairs (CMRA). That’s the volag lobbying group.

See below Dr. Nachman’s editorial for more information from Ann Corcoran on what’s going down in Wyoming.

[References used by the author can be found at the link at The Montana Standard with his essay .]

First, refugee resettlement in the U.S. is hardly the work of private, sacrificial charity that one might expect from the names — such as Lutheran Immigration and Refugee Service, Hebrew Immigrant Aid Society, and Episcopal Migration Ministries — of prominent national “voluntary agencies,” or “volags,” involved. For example, International Rescue Committee [IRC], the volag that Poole says would plant refugees in Missoula, is a $560 million/year organization (2014 financials) whose main support, approximately 80 percent, is grants from governments, including at least $190 million from U.S. taxpayers. (Refugee programs are about 15 percent of IRC’s activities, which also include distributing assistance abroad following wars and natural disasters.)

For the nine national refugee volags and their hundreds of regional and local affiliates, maintaining the refugee influx is essential for their finances. This fundamental point was made explicit by David Robinson, Assistant Secretary of State for the Bureau of Population, Refugees, and Migration until April 2012. In a paper prepared for a year 2000 seminar at the National War College, Robinson wrote, “[The volags], including the IRC, form a single body called the Committee on Migration and Refugee Affairs (CMRA). The CMRA wields enormous influence over the Administration’s refugee admissions policy. It lobbies [Congress] effectively to increase the number of refugees admitted for permanent resettlement each year …. In fact, the federal government provides about 90 percent of its collective budget. If there is a conflict of interest, it is never mentioned. … The solution [the CMRA’s] members offer to every refugee crisis is simplistic and the same: increase the number of admissions to the United States without regard to budgets or competing foreign policy considerations.”

Because their performances are judged in part on how soon refugees brought in under their auspices attain economic self sufficiency, the volags focus on this. But “self sufficiency” in this context is defined by the federal Office of Refugee Resettlement, and — amazingly — it merely means that refugees aren’t receiving either Temporary Assistance for Needy Families or Refugee Cash Assistance. So refugees can be collecting SNAP (i.e. “food stamps”), medical benefits, housing benefits, energy assistance, and/or Supplemental Security Income, yet still be officially considered “self sufficient”! Thus a priority of the volags is to get “their” newly settled refugees signed up for benefits.

Further, those welfare programs are almost exclusively federal, thus not counting the financial burdens that an influx of refugees also levies on local governments, especially their schools and courts.

Then there’s the matter of “Just who is a refugee?” Condensed and paraphrased from the 1980 Refugee Act, a “refugee” is a person who is outside his country of citizenship and is unwilling to return there because of persecution or a well-founded fear of persecution due to race, religion, nationality, membership in a particular social group, or political opinion. But when applied by U.S. bureaucracies and courts, there are surprises here, too. For example, deaf Mexicans who come illegally to the U.S. and apply for asylum (another category of refugee status) now have a substantial chance of succeeding. It’s understandable that such people may have difficult lives, especially in rural Mexico, but it’s absurd to call their situations “persecution,” and it sets up the U.S. to become welfare agency for the whole world.

Cases of Central American women with abusive husbands provide another example of the elastic criteria for “persecution” — and further costs for U.S. taxpayers.

To be blunt, going back decades and even ignoring terrorism concerns, U.S. refugee programs have been fraud-ridden, another class of example being the refugee “families” from Kenya, Ethiopia, Uganda, Guinea, and Ghana that DNA testing in 2008 revealed weren’t families at all, just unrelated people who’d spotted an opportunity to move to the U.S.

Perhaps all these additional considerations have previously eluded Soft Landing’s Mary Poole. In any event, the United States exists to benefit our own citizens, and public policy should be made with that concept foremost in mind, not based upon uninformed sentiment and emotion.

Dr. Nachman is a good example of a citizen activist, using his retirement years to push back against these “seedings” by government agencies hiding behind the church agencies. He belongs to a group (of which he is a founding member), Montanans for Immigration Law Enforcement [MILE], www.MontanaMILE.org That site is well worth a visit.

Meanwhile, Ann Corcoran documented earlier this month another effort in neighboring Wyoming. It gives you an idea of how relatively untouched these states have been. Until now:

Wyoming Public Radio pushing refugee resettlement. Oh, they will say they are just promoting the discussion about opening Wyoming for the placement of third world refugees, but it is just this sort of thing that the Open Borders Left uses to keep the pressure on a recalcitrant population which has made it very clear over recent years that they do not want Wyoming to become a new resettlement site.

The governors will be meeting with administration officials, members of Congress and business leaders as they discuss the nation’s economy, education issues, environmental concerns and health and human services. Republican Governor Matthew Mead of Wyoming wants third world refugees resettled in the state.

This is what the Leftists and complicit media do all the time to wear down their opposition.

For new readers, Wyoming is the only state in the nation that has never had a UN/US State Department Refugee Admissions Program.

Montana, the only other state not ‘welcoming’ refugees at the moment, did have a small program a few years ago. [And now, a week or so later, the push has started, as Dr. Nachman documents, above — D].

With the big push from the Obama Administration to expand resettlement from around the world to 85,000 this year (10,000 from Syria), the US State Department and its contractors are out scouting new territory and the Republican governor of Wyoming has invited the feds to come on in!

We have been following the controversy in Wyoming ever since Governor Matt Mead wrote a 2013 letter to the federal Office of Refugee Resettlement (ORR) in Health and Human Services saying they were setting up an office in Wyoming. A huge political brouhaha ensued and the governor and those pushing the plan ran for cover (for awhile!).

This March 24 event, being put on by Wyoming Public Radio and the Wyoming Humanities Council, signals that the Open borders (diversity is beautiful) gang is beginning a new propaganda salvo against citizens who object to the expense and cultural disruption that impoverished refugees from Africa, Asia and the Middle East would place on rural Wyoming.

So what about their sister state, Minnesota, the land of Little Somalia? How is Islamic gratitude expressed for their kindness? Why, ISIS has a kill list of Minnesota policemen, complete with home addresses:

A group of hackers loyal to the Islamic State terrorist group have reportedly posted a “kill list” with the names and personal details of 36 policemen in Minnesota.

The list, published by the “Caliphate Cyber Army” on the encrypted mobile app Telegram, includes full names, home addresses, email addresses and phone numbers of all the policemen, according to Vocativ.

The cops reportedly live in cities across Minnesota, but the majority are located in and around the Twin Cities.

A congressional report from last November said one in four Americans who has attempted to join the Islamic State group is from Minnesota.

This is not the first time a hacking group has released personal details of U.S. law enforcement or military personnel.

If you want to understand the appeal of Donald Trump’s fence, this is just one small collection of stories. And be sure visit desert invasion. Stay long enough to look at the page of pictures. Look at the statistics of damage and trash.

To end on a happier note, here is an appearance by Dr. Nachman, sponsored by a local ACT! for America chapter. Five hundred people showing up in Kalispell, Montana in February is a BIG event:

An estimated 460 people turned out Tuesday in Kalispell to hear a Bozeman-based immigration speaker detail the reasons he believes settlement of refugees in the United States is a drain on national resources and potential threat to homeland security.

Paul Nachman said immigrants often don’t assimilate and are a drain on state resources. He pointed out that the two brothers who carried out the Boston Marathon bombings were children of parents who were granted asylum from war-torn Chechnya.

In making his case that the vast majority of those granted asylum or refugee status are not actually in danger, Nachman pointed out that one of the bombers and their parents had traveled back to the area they had fled from in the years leading up to the bombing.

And her Wyoming posts.

But Minnesota beats them all, with the governor there saying if you don’t like it, LEAVE.

14 thoughts on “The Invasion of Montana Begins”