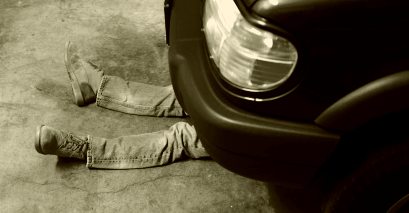 Asylum seekers in the Austrian city of Klagenfurt have been throwing themselves in front of cars. However, it doesn’t seem to be a collective death wish on the part of culture-enrichers, but rather a devious and cynical way to raise cash via the clueless Austrian judicial system.

Many thanks to Nash Montana for translating this brief article from oe24.at:

Asylum seekers throw themselves deliberately in front of cars

In one case the driver of the car was cited for [attempted] involuntary manslaughter.

Witnesses affirm that the men last Saturday in the inner city of Klagenfurt intentionally threw themselves in front of cars.

One driver was looking for a parking space at Domgasse, when suddenly a man walked right in front of his car, as witnesses report. The car drove at walking speed, hence the Iranian asylum seeker remained unharmed. According to witnesses the accident was overtly provoked by the Iranian. And yet nonetheless, the driver of the car was cited for [attempted] involuntary manslaughter.

On Saturday again in the St. Ruprecht area in Klagenfurt, a man made a police report for property damage. The driver reported that a man deliberately jumped on the hood of his car. The suspect could not yet be found.

It is speculated that both men were out to make a quick buck in damages for pain and injury.

4 thoughts on “Are Asylum Seekers in Klagenfurt Committing Suicide by Car?”