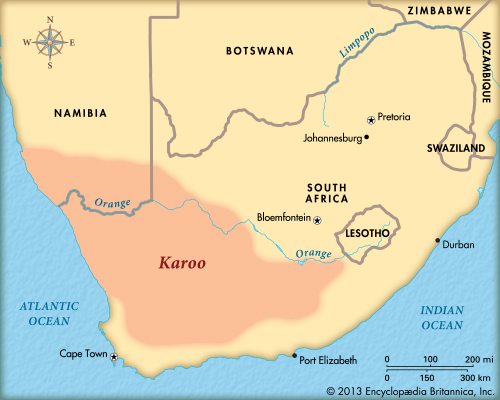 The following essay was left in our comments section a few weeks ago. There is also an appended amendment to her original remarks; thus it is best to read her report in its entirety.

The point of view of this citizen of Karoo, South Africa is in opposition to those who urge people like her to leave. Her attitude — pragmatic and realistic — shows another way of viewing what is happening in her country. What she says allows for a third way, one beyond the “leave or die” picture painted by some.

I found links to most of the people, organizations, etc., that she names. Since her knowledge is first-hand she is not likely to agree with everything at those links, but I know very little about South Africa beyond what I see in the MSM; thus it is up to our commenter/reporter to judge the accuracy of their information. The latest link I could find to the agricultural economy was from last year. There are further links from that page to newer reports, but both the older and newer essays discuss the deleterious effect of an ongoing and severe drought plaguing South Africa. The rain — or lack of it — falls on the just and the unjust alike; a drought is harmful across the spectrum of political opinion.

No doubt the writer will be interested to read differing points of view from others those who know South Africa well. She herself has reread some of things she wrote and has an addendum, sent in a subsequent email. You will find the addendum below the main body of the essay, asterisk appended.

Since this is a charged subject a reminder for those who choose to respond in the comments: no matter what your opinion, state it courteously. The public square’s greatest lack today is mutual civility. At Gates of Vienna we will continue to maintain the old standards.

You are the only site anywhere to quote the Transvaal Agricultural Union. Afriforum is South Africa’s main right-wing group which supports farmers and farming communities.

I have a smallholding in a small Afrikaans farming community in the Karoo and when a (white) municipal manager stole about $50,000 from the coffers a couple of years ago, Afriforum [was] the one to take up the case for us legally and at the end they sent someone with some moral clout down to the coastal idyll where Mr Crook spends most of his time, and persuaded him to give the money back, which he did.

So while the TAU is clearly affiliated with the AWB, the nazi-types here, and has no platform at all, Afriforum behaves impeccably and its political affiliate is the Freedom Front, also condemned as a right-wing fascist group but in truth nothing of the sort.

Otherwise, I don’t know what the vibe in Joburg is like right now because I can’t stand the taste of exhaust fumes that settles in the throat and yes the ever-present threat of smash-and-grab artists is also bad for my health, but I was up for 3 weeks last year and as ever people are wonderful and smiling and tough and on a lot fewer antidepressants than the Swedes or Yanks for that matter. 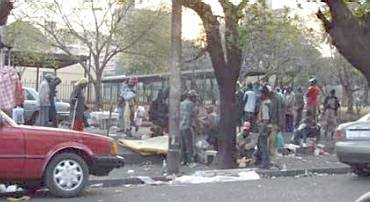 But there is no doubt that the Soros-funded agitators are here and having a field day within the idiotic community that styles itself the “intelligentsia”. This week TUKS, one of two Afrikaans language universities and the one in the erstwhile Transvaal, capitulated to demands and promised to switch all lectures over to English, thereby putting the same restrictions on Afrikaans students the old government put on Africans. That’s what sparked the riots in ’76 and played a pivotal role in the events leading up to 1994.

I believe the angels cry when history repeats itself so closely because as a Christian I know that victims who proclaim their innocence before G[o]d know their worth to Him and step into their power and this is ever the challenge. That has ever been my prayer for South Africa. Victims who can’t see fit to realise this become perps, as we know. And we know that the purpose of the Soros evil is to foster this sentiment everywhere in direct attacks on our Lord.

For all the right-wing condemnation of the old ANC and Mandela because of their links to soviet communism, Mandela, Luthuli and the old Mbeki understood the Christian principle and in the early days, there was hope it would prevail. It’s worth reading the freedom charter* in this respect. What they didn’t understand was that under no circumstances are Africans fit to lead in this age. They simply do not have the fortitude, eatheric structures built up through generations exposed to the horrors and the cross.

I don’t care if any leftie says this is eugenics; it’s not. Hardy plants are adapted to life on earth. Hardy conscious beings are adapted towards psychic mastery on earth. And as a hardy conscious human being, I am under no illusions that human yearning for self-determination and freedom trumps reason and you’d be surprised at how many ordinary black South Africans have a clear-eyed view of this too, and there is humility and, settled into the heart, it is like steel that might just protect all of us going forward.

In fact, western governments weren’t ready to let go of their African assets when black nationalism started to rise and these naive young men were sitting ducks for the Commies in the greatest tradition of tragedy. An ageing Mandela was more duck sport when he signed up with the globalists at Davos in 1997 and the ANC at least tried with its succession management, putting the anointed, Thabo Mbeki, through the paces at [the] London School of Economics.

Unfortunately the western forces attempting to guide South Africa were themselves guided by the ideals of socialism. While it’s true that the country is a nightmare to do business in and people are fatalistic about violence, which is quite normal in terms of human history, the fact remains that there are far more opportunities here than anywhere in the West. I run two small businesses with ease. The only business spam I get is from the US. I haven’t bothered to register my companies and I don’t pay tax. I don’t want an empire, so flying under the radar is easy. I can’t stand the idea of all that paperwork.

The Daily Mail ran a piece recently on some eighty “white squatter camps”. These are the people who were protected under the previous government. Sheltered post office work for idiots. I feel nothing for those people. And a fabulously entrepreneurial Zulu friend rolls up her window when she sees them begging on the streets and tells her children, “You see those people, you don’t give them money. They had their chance when their people ran the government, now it’s your turn. Your job is to take advantage of every opportunity you have and make a success of your life.” Thandi knows the time is short and she tends to invest in land.

But a lot of white South Africans are really smart, like Jewish smart. Africa will always need whites to run their businesses and whites who plan on staying have a fiery spirit. There’s no future for people who can’t navigate intelligently and who aren’t tough, squeamish about paying bribes, etc. There’s the sad picture of former zim farmers sitting in miserable flats in England and there [are] farmers who laughed at the invaders, shook their hands, said, “Come bhuti, I will slaughter you a cow”; [they] delivered a bakkie-load of beer crates to the places that matter. They live relatively safely on their farms, the fear of that council flat looming large in their minds.

It doesn’t take much if you know what you’re doing and perhaps if Reagan’s statesmanship extended to this kind of savvy, things might have been different. It’s the only thing that could have made a difference. I had lunch with a dear friend last week who had a fabulous Christmas holiday. She flew to meet her (newish) hubby off the rig in Aberdeen and enjoyed the festivities in Edinburgh before whisking him off to try on a pair of skis in France for the first time in his 62 years. Then they did a bit of roadtripping and flew out of Vienna. I was keen to ask her how she found things.

(I have also been grilling all the European tourists the past couple of months, but that’s another story…)

She had a brother who died when she was a teenager [whom] she speaks about often and I wasn’t finished with my first counterjihad left sentence when she interrupted and told me that her brother had some comic book when she was a kid all about how a one-world government took over and used the Muslim Arabs as foot soldiers to torture and kill everyone, back in the early ’80s. She’s a very stylish doting grandmother with kids who, if they’re not pitching city-wide wi-fi network development ideas to the city of Cape Town, they’re starting a sort of pan-African uber in the sky. She runs a decor business and hubby’s vast property portfolio and suffers fools never, and there are a lot of people living incredible lives like hers in these parts.

She looked me in the eye and said, “you know, we South Africans think we’re so backward in so many ways, but compared to the Europeans we have our heads screwed on straight.”

Thanks, Sally, for showing up to tell us how things are for you in South Africa. The MSM will never ever tell us this kind of truth. Their worldview is about black revenge against evil white people when in fact, things are far more complicated — except perhaps for the ANC. But nuance, ambiguity, faith, and shades of right and wrong don’t sell. Or so they think.

And here is Sally’s second communication about life in South Africa. She offered to re-write her thoughts to include this revision, but I opted to go with her first vision and to add her further thoughts as an amendment. It’s good to see someone take in new information and change their point of view based on that:

From “The Six Principles that Made Nelson Mandela a Renowned Leader”:

…Mandela faced big questions after his release from prison: What to do with the faltering economy? For most of his life, Mandela was a socialist and even a Marxist. He was suspicious of free markets and private ownership, given the abuses he witnessed. He said, “The nationalization of the mines, banks and monopoly industries is the policy of the ANC [African National Congress], and a change or modification of our views in this regard is inconceivable.”

But then he came to learn what decades of socialism had done to the states of the former Soviet Union. His thinking took a sharp turn when he met leaders of the Communist Parties of China and Vietnam who were striving to privatize state enterprises. “They changed my views altogether,” Mandela told a biographer.

47 thoughts on “An Afrikaaner’s Point of View”