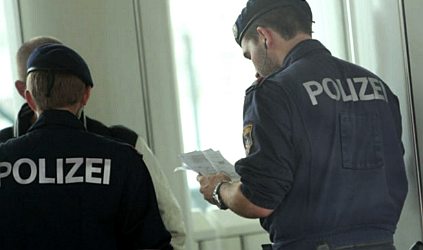 Asylum seekers in Austria are increasingly likely to go berserk when required to fill out forms or follow official procedures when required. Which is unfortunate, given that such activities are part of the bedrock of German-speaking cultures. The following account describes two such Allahu-Akhbar moments, one at a hospital and the other at a bus station.

Many thanks to Nash Montana for translating this brief article from Unzensuriert.at:

While native patients patiently accept hours of bureaucratic waiting around in hospitals, foreigners regularly flip out. The latest case: The behavior of an asylum seeker on Sunday at the Vienna Donau hospital was so out of line, that he had to be arrested by police. According to the KURIER the 28-year-old Iraqi spat and cussed at multiple nurses and then went after the officers who were called for the protection of the hospital staff.

According to the investigation, the man was rioting because he had to complete an admittance form. He refused to do so. He wanted to be treated immediately. When that didn’t happen, he became abusive and aggressive, and when he was arrested he yelled “Allahu Akhbar”.

Such scenarios are happening a lot in Austria nowadays. At almost the same time, a 29-year-old asylum seeker from Azerbaijan went berserk in Salzburg. He demolished the windows of a bus station first. After he was reported to the police, arrested and let go again, he then smashed the windows at the smokers’ lounge at the train station.

8 thoughts on “Amok Time for Asylum Seekers in Austria”