Our Polish correspondent Green Infidel sends this report on a Polish strongman whose patriotic Facebook posts on Islamization and mass immigration earned him an accusation of “hate speech”. He successfully fought the charge, and became even more popular as a result. 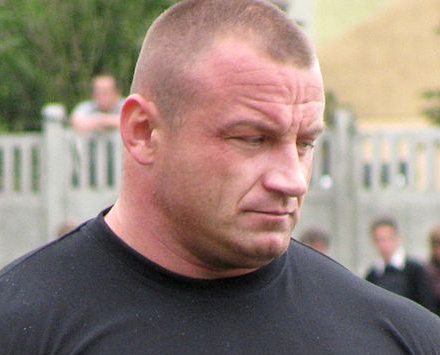 A Polish Strongman Has His Say on the Hijra

Mariusz Pudzianowski is a Polish athlete. He used to compete regularly in the “World‎’s Strongest Man” competition, where competitors face challenges such as pulling Boeing 747s and lifting cars, in order to claim the title and “officially” become the strongest man in the world. Pudzianowski is a legend of the competition, winning it a record five times in the early to mid-2000s.

Since retiring, he’s become something of a celebrity on Polish TV, taking part in the Polish version of “Dancing with the Stars”, as well as becoming a fighter in Mixed Martial Arts (MMA), although with less success — apparently strength and good fighting skills don’t always go well together (although, according to Wikipedia he still has a record of nine wins and four defeats to his name). Also he makes adverts for many companies, marketing products such as building materials.

Away from TV, however, he also runs a transport company called “Mariusz Pudzianowski Transport”, and has a fleet of lorries transporting goods all over Europe, including to the UK via Calais. Which is how Pudzianowski (known by Poles as “Pudzian” for short) became involved with the migrant crisis…

His first public statement was at the beginning of the year when he wrote a Facebook post complaining of migrants breaking in to his trucks in Calais and attacking his drivers, and posted a picture of himself standing next to (from what I recall) an axe, with the comment: “This is what awaits the next migrant to break into one of my trucks.” At this point, an organisation set up to combat “hate”, called “HejtStop” got involved. (in Polish, it’s pronounced “Hate Stop”). A woman from this organisation made an official complaint to Polish prosecutors about Pudzianowski’s post, asserting that it of contravened Polish law by “inciting hatred”.

Pudzianowski, however, refused to leave it at that. Rather than apologise as soon possible – as may have been expected of any British (or other Western) celebrity — he declared something of a Facebook war on HejtStop, and the lady in question, posting numerous memes against them, and gained many new followers of his profile. He has also become more and more openly critical of Multiculturalism and the EU’s migration policy. Meanwhile, on the legal front, prosecutors cleared him of any wrongdoing. 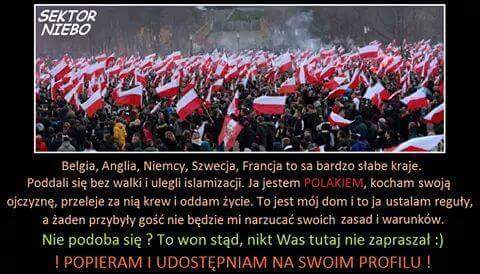 Above is a photo he posted in reaction to the Brussels attacks, possibly showing one of the Polish Independence Marches that are held‎ each year on November 11. The writing at the bottom says:

Belgium, England, Germany, Sweden, France are very weak countries. They surrendered without a fight and submitted to Islamisation. I am a POLE, I love my country, I will spill my blood over it and ‎give up my life for it. It is my home, and I make the rules, and no newcomer guest will force me to accept their rules and terms.

Don’t like it? Then get out of here; no-one invited you 🙂

‎So far, despite its only being up for a short time, the photo already has 22,000 likes!

Update: Green Infidel sends a correction, and some additional information, with photos:

A correction — the original post which got Pudzianowski into trouble contained not an axe, but a baseball bat. See the first photo; the caption reads: “With this I’ll be waiting inside a trailer waiting to be loaded onto a ferry from Calais. In the trailer a brief lesson in assimilation will take place.” 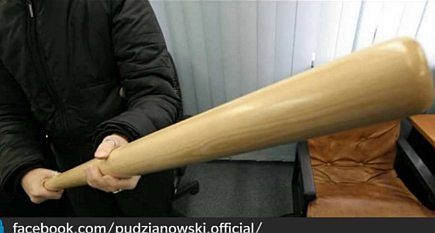 Two other images from Pudzianowski’s official profile are below. The first one shows damage to his trucks: 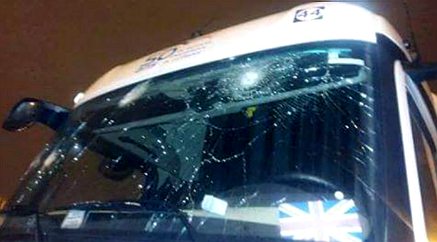 The other is a cartoon, which shouldn’t need any translating. 🙂 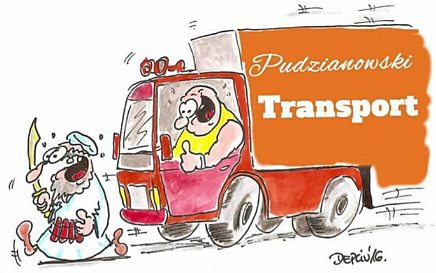