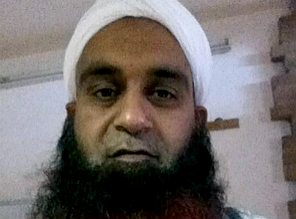 An imam named Muhammad Zulkifal is on trial in Italy for murdering two of his fellow Pakistanis for the crime of wearing bathing suits at the beach. At least one of the victims, a woman, was dismembered.

One of the chilling side-notes in this article from Il Giornale is the fact that Mr. Zulkifal’s terror cell, which is based in Italy, has significant influence in Pakistan — the opposite of what you’d normally expect. Does this mean that AQO (Al Qaeda in Olbia) will use their Italian stronghold as a base from which to launch terror attacks in Pakistan?

He had condemned a Pakistani couple to death because they wore bathing costumes to go to the seaside. Today the imam goes on trial.

In 2011 in the area of Gardone Val Trompia (Brescia) two Pakistanis were killed because they had violated Islamic law: they had worn swimsuits on the beach. Condemning them was the imam of Zingonia (Bergamo) Muhammad Zulkifal, a member of a cell of Al Qaeda with its operational base in Olbia. Zulkifal has always claimed “the role of moral guardian of the community and the right to inflict exemplary punishment to enforce divine law.”

The double murder was accidentally discovered by investigators, thanks to an interception in 2012. Two foreigners, never identified, had asked a Lodi photographer to extract images from a mobile phone. Once at work, the man had found the photos sought by the two, depicting a young Pakistani woman with her face swollen, her arms amputated at the elbows and legs to the knees. The limbs were placed close to the body, “according to the technique used by the Taliban” the investigators had highlighted.

The imam was only arrested in April last year and today the trial was reopened in Sassari before the Assize Court. The investigations have uncovered that Zulkifal is part of an organization responsible for the bloody massacre in 2009 in a market in Peshawar (Pakistan) that caused the death of 100 civilians. The terrorist cell to which he belongs, despite being based in Olbia, also has great influence in Pakistan.