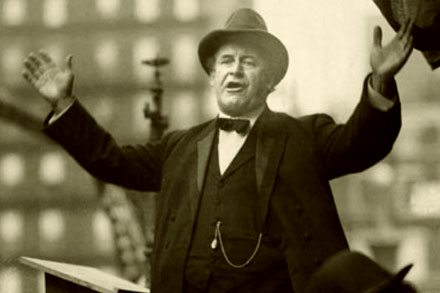 The following essay on the misuse of the word “populism”, which is applicable to the current political climate on both sides of the Atlantic, is from last Friday’s edition of the Swiss weekly magazine Die Weltwoche. Many thanks to JLH for the translation:

What the Heck is “Populism”?

A defamation for all occasions! “Democracy” is rule by the people and “populus” is the people.
Where is the insult? And who draws the line?

The AfD [Alternative für Deutschland, “Alternative for Germany”] is accused of populism, as is the CSU [Bavarian version of the CDU] often, and Julia Klöckner of the CDU [Christian Democrats]. And also France’s Front National, the Swiss People’s Party, the Lega Nord of Italy, Poland’s new majority party, Geert Wilders in the Netherlands, Donald Trump in the USA. And in Germany, since forever, the Bild picture magazine. The world is apparently full of populists, but lacking in people who have thought about the meaning of the word. Anyone who studies the definitions in Duden[1] has some difficulty recognizing what is shameful about “populism.” According to Duden, populism is an “opportunistic, close-to-the-people, often demagogic kind of politics” with the goal of “winning the favor of the masses.”

“Close-to-the-people” — What’s wrong with that?

It’s a little odd… Battling for the favor of the masses — isn’t that what all politicians and parties legitimately do? And “close-to-the-people” — Doesn’t that sound good in a democracy? So the question moves on to how the other two words are defined: “opportunistic” and “demagogic.” Opportunism, according to Duden, is “being all too willing to consider the utility of adapting to present circumstances.” That, too, doesn’t sound very reprehensible, aside from the words “all too.” But where does “all too” begin? And who has the right to define it? And how bad, really, is the “seduction of the people”?

Is the reproach of populism at least supported by the element “demagogic”? Yes and no. Demagoguery, according to Duden, is “seducing the people, inciting the people, rabble-rousing.” Inciting is a No-No, and even more so rabble-rousing. But again, drawing the line is not easy. Would an election campaign be discredited if were designated as the attempt of a party to “seduce” the people to its opinion? And as to rabble-rousing, that is practiced in campaigning rather often by Party B — in the opinion of Party A.

So when one party accuses another of “populism,” only one thing is clear: it is making the accusation so that voters and newspaper readers will hear the word as a reproach, even a vilification. But that is disingenuous and, besides, not very promising. How high a percentage of the voters even have a mental image to go with the word, even a cockeyed one?

Can’t the buzzword just die? And how should journalists act toward this glittering non-word? If the accusation of populism is raised in a press conference, they could ask the politicians “Would you please explain what you mean by that?” And presumably the answer would be a stuttering. If, however, this so-called populism were only a part of a press release, the editor would be free to ignore that passage.

A commentator, however, should pause three times before writing that the AfD is a party of “small, poisonous populists” (as did recently the Süddeutsche Zeitung). Anyone who has arguments need not embellish them with tired clichés. And for anyone who does not have any arguments, they would not help.

Deleting unhelpful, formulaic buzzwords — That would be a contribution to the political culture.

Wolf Schneider, 89, journalist, is a legendary language critic and commentator.

8 thoughts on “What the Heck is “Populism”?”