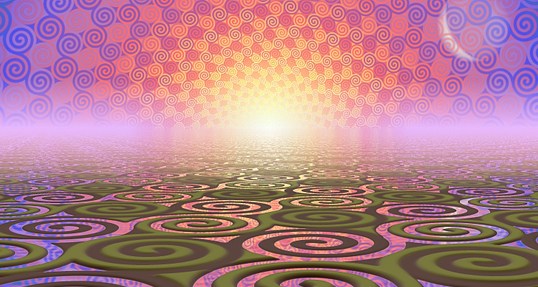 We’re rolling along into the third day of this quarter’s fundraiser, and I must say, y’all have really stepped up to the plate this time. Dymphna and I will be writing thank-you notes until the Fourth of July at the rate we’re going! Many thanks to everyone who hit the tip cup so far.

The theme of this week’s fundraiser is “The Age of Reason”, with topics drawn from the lyrics of the song “A Man for All Seasons” by Al Stewart. For those of you who joined the show late, the full lyrics were posted on Monday, along with an embedded YouTube of the song.

Tonight’s topic is drawn from the following lines:

“The age of reason” can have multiple meanings, one of them being that point in a child’s development when the Church considers him to have a sufficient maturity of understanding so that he can participate in the sacraments. It can also be a reference to a book of the same name by Thomas Paine.

Its most common usage, however, is as a designation for the era in which Paine was embedded, a period that is also known as “The Age of Enlightenment”, or simply “The Enlightenment”. European civilization reached its apogee during the Enlightenment, which lasted from the 16th or the 17th century — depending on who is doing the reckoning — and culminated in the 18th century. Science, literature, and the arts flourished in those years as never before, and produced such great thinkers as Immanuel Kant and Adam Smith, just to name two.

Brutal warfare and political repression also characterized the same period. Two great revolutions, the American and the French, bracketed the final years of the era. The latter is considered to have rung the curtain down on the Enlightenment, and after Napoleon had his way with the continent, the Romantic Era took over.

The Age of Enlightenment has a bad reputation these days, thanks to the seeds of political and social destruction it sowed for the bitter harvests of the 20th century. Atheism and nihilism eventually grew to dominate intellectual fashion, migrating from the French revolution into the thought of Karl Marx and the Anarchists, and all their grisly successors. Lacking a belief in God or transcendent meaning, European civilization devoured itself in a series of increasingly destructive wars, laying waste to the magnificent culture that had preceded it and bequeathing us the sad, tattered remnants of the West now entering its final twilight in multicultural madness and terminal socialism.

So we have good reason to disparage the Enlightenment, which paved the way for so much horror and heartbreak in the two and a half centuries since its greatest flourishing. Yet it’s important not throw out the enlightened baby with its foul bathwater. There was a reason that the Enlightenment was called that — its thinkers and artists and scientists and philosophers experienced it as a dawning of great knowledge. It was a time when the world was illumined by the light of reason. There was an opening up of the human mind, so that mortal understanding of the entirety of God’s creation seemed a realizable possibility.

Heady days indeed! But God disappeared from the picture, and the horrors unleashed in His absence left all those grand hopes in ruins.

It turned out that great genius and creativity could no longer thrive in the absence of divine inspiration. Johann Sebastian Bach was a devout Christian, and signed his musical scores with the motto Soli Deo gloria — “Glory to God alone”. It’s no surprise that the West has not seen another musician like him in the 266 years since his death.

Someday neurophysicists and psychologists may discover the exact mechanism behind this decline in artistic genius. All we can do in the meantime is to observe the undeniable correlation between the receding of the sea of faith and the drying up of human creativity. Those who could no longer exert themselves for the greater glory of God were often unable to exert themselves for anything much at all.

The flowering of reason and creativity during the Enlightenment was the result of the resurgence of the Christian faith during the preceding centuries, as Bibles printed in the vernacular became widely available. Theology and philosophy grounded in the teachings of Jesus nurtured a spirit of inquiry. God’s creation was considered to be unfolding according to immutable laws which could be discovered by human investigation. Out of that early dawn came the full day of scientific understanding and the unprecedented technical achievements we take for granted today.

The Newtonian “clockwork Universe” was part of the new corpus of scientific theory. Belief in God did not disappear immediately — first came the idea that the matter and energy of the Universe had been set in motion at the moment of Creation, and everything thenceforth proceeded according to the laws of cause and effect. When scientific knowledge eventually increased to the point where the entire Universe could be fully understood — something that was considered inevitable, based on progress up to that point — its mechanisms would be revealed as totally determined by the first cause at the moment of Creation, with no intervention by God thereafter.

The Almighty thus retreated into the shadows of human thinking, from which He was eventually discarded entirely. Creation was replaced by the Big Bang — which just kind of happened, with no determinable cause. But it was definite: no God was involved. 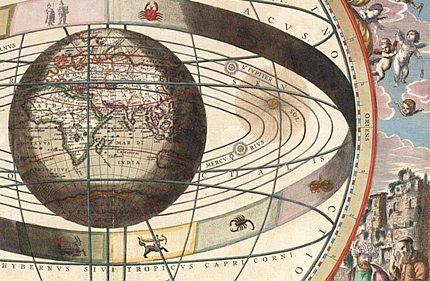 Eventually, by the late 20th century, Newton’s “clockwork” model of the Universe had been refuted. Heisenberg, Gödel, and Chaos Theory sketched out the limits of what could be known, forcing a revision of scientific epistemology. Cause and effect could never be totally understood or charted. Most physical processes were inherently unpredictable due to their chaotic complexity, and would always remain that way. And a corollary to Gödel’s Theorem showed that the existence or non-existence of God could never be logically proved.

But by then it was too late, because God was gone, consigned by the great intellects of modernity to the ash heap of history. Newton’s tick-tock universe had been around too long for the model to be abandoned by the movers and shakers of the academy. The status quo of the Godless Universe remains with us and dominates fashionable thinking to this day.

In abandoning their Creator, Westerners were forced to worship other things, because the impulse to worship is always with us, and will not be denied. In place of the divine, humans set up the Baals of power, wealth, pleasure, and self, and bowed low to them.

However (to quote from a different religious tradition), whatever is contrary to Tao will not last long. We are rapidly approaching the endgame of the post-modern post-Enlightenment post-spiritual Baal-worshipping era. Change is upon us.

Those of us who have always felt the presence of the Lord draw comfort from Him. My physical eyes are now failing me, but my spiritual eyes are open to the radiance that surrounds me. That is what sustains me in this, the evening of my days, amidst all the ghastliness I have to confront every morning when I get up, turn on the computer, and see what new horrors are there before me on the screen.

And this is why I have such great respect for the atheists I work with in the Counterjihad. Some of the finest, most dedicated people doing this thankless job don’t believe in God. I don’t understand how they can continue with their tasks, day after day, because I’m certain I couldn’t manage it if the divine presence were not always close at hand.

I’d like to say that the source of their inner strength is known only to themselves and God, but that would probably offend them.

But heck — I’ll say it anyway: God bless them!

We’re heading into some dark times. We’re going to need that light, so I urge you all to reach for it one more time, in whatever form it makes itself known to you.

We’ve got to try once again for the light.

Yesterday’s many donors illumined us from these places:

Thank you all for your generosity, Dymphna’s on deck for tomorrow.

23 thoughts on “Trying Once Again for the Light”