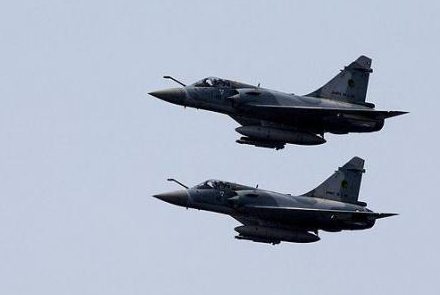 The following report from the Italian newspaper Il Giornale discusses the “war” against the Islamic State as conducted by France in the wake of the Paris massacres — which is just about as meaningful as the one carried out by the Obama administration.

France and the (few) raids against the Islamic State

France at war against Isis? These numbers from 27 September: just twelve raids in Syria and about six per day raid in Iraq

A dozen raids in Syria. About six raids a day in Iraq. These are the numbers of French military involvement against the Islamic State.

“Much political and media ado, but in the end it is doing little,” wrote the French journalist Jean Dominique Merchet the pages of the Opinion in the last days of 2015.

“The French air force — continues Merchet, reporting the words of General Pierre de Villiers, Chief of Transalpine — led, in the last three months, a dozen raids in Syria.” The raids against the Islamic State commenced on 27 September after a series of reconnaissance flights started on 8 September.

Since the attacks that rocked Paris on November 13th, there have been only five attacks against Islamic State targets in Syria. “To respond to attacks in Paris, the Pentagon has allowed the French air force to conduct three French raids,” says the journalist from the Opinion. The objectives were the command centers, training, recruitment and logistics depots in Raqqah, the capital of the cutthroats of the Caliph. “This retaliatory fire lasted three days, 15 to 17 November, followed by a new raid against similar targets on 23 November.” In December, however, there were two other attacks carried out by the French, one at 5:01 on December 9. But this time the target changed. “For example, bombing oil installations.”

None of the French military operations in Syria has been in support of the fighting on the ground. In Iraq, however, the transalpine aviation would lead — from 27 September to 23 December 2015 — about six raids per day, also supporting the ground forces of the regular army and Peshmerga. By comparison, writes Merchet, “in Belgrade in 1999, the French military carried out 52 operations a day, an effort almost nine times higher than at present.”

“To war,” Hollande announced immediately after the attacks in Paris. But these numbers really make you think.