Our Israeli correspondent MC adds a gloomy coda to what was originally intended to be a three-part series. 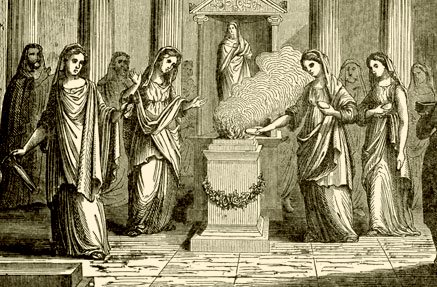 I was not going to write the fourth part of what otherwise was a trilogy, as its subject is not particularly nice, but events have made it a necessity. Events all across Europe where Muslim morality — or the lack of it — have put more than half our population into abject fear.

Whilst President Obama and his administration are waging non-violent war against Israel, and Swedish dignitaries are playing the old, old game of anti-Semitic blood libel at the behest of foreign (Muslim) relations, they are allowing forced religious prostitution of young girls and women all across Europe, Canada and, one must assume, the US. No cases have yet come out in the US, but one can be sure that the motivation is there, but maybe, just maybe, the thought of an angry father, armed to the teeth, is more than the average ‘brave’ Muslim sex jihadist can contemplate.

Religious prostitution was common in classical times, and the young girls may well have been sold into slavery. We thought these events had been left behind in our history, but think again.

1,400 girls as young as 11 were abandoned to the religious sex trade in Rotherham in the UK by the Religion of Socialism to appease the sexual appetites of the Muslim ‘Religion of Peace’ community for young flesh. The reason: community cohesion and avoidance of ‘peaceful’ violence.

Tell me: is there anything that socialism does not corrupt?

There have so far been no arrests of police or public servants in Rotherham, and I strongly suspect that there will never be any. It would not be individual criminals on trial. It would be socialism itself.

The mass molestation in Cologne has exposed the sheer folly of our EU-centred society, and the emerging North American Union society. That unarmed women cannot protect themselves against unarmed men is a given, and ‘keeping a distance’ is not possible when the males ‘own’ the space that the women have to move through to get to safety.

It is all too easy for three men to remove the clothing of a woman, most of which is elasticated and slips down easily. It then acts as a hobble denying further movements. In a public square or a train station there is no reasonable defence for the lone unarmed victim.

The simple solution is to allow women a weapon, but this is against the religious dogma of socialism where only the almighty god State can authorise its own priesthood with weaponry to ‘protect and serve’ the innocent compliant.

If the will were there, those women would be protected, but the will is elsewhere. There are other needs which must be met, and the women are abandoned to unwilling prostitution; sacrificed on the altar of Political Correctness.

I had it drummed into me at an early age that “birds of a feather flock together” and that if I joined a gang that I too would be considered jointly guilty of anything the gang did. But the application of this rule is now selective — members of so-called ‘victim’ cultures are innocent of joint accountability; conversely all ‘right-wingers’ are Nazis because of their associations.

Under my culture, no Muslim can be trusted where women are concerned because their book says that my women are their sexual playthings, and they hold their book to be above my culture. But the socialists will prosecute me if I defend ‘my’ women against these sexual predators, as can be seen in Rotherham where concerned parents were threatened with arrest.

Why? Because they think that I am a greater threat to their religion and its aims than Muslims are, I must be suppressed, my manhood must be suppressed, the fight must be knocked out of me. My ‘white supremacist’ culture and upbringing makes me likely to fight back; culture and upbringing make me likely to dissent. And whilst socialism condones violence, it cannot cope with criticism, so I am therefore the greater threat and must be silenced.

‘Right-wingers’ have no rights. They are fair game for all left-leaning organisations, Muslims are violent, but do not disrupt the aims of the Left. The real conservatives of the real Right, however, (now relabelled ‘Far-Right’ to tar them with the ‘Nazi’ brush) can stop the Left dead in its tracks.

The impact of the Cologne gropefest has been great. It was an eye-opener, a reality check that must now be managed in a way that sidelines the hurt, the sexism and the racism, and places all blame on the victim. German woman must be made to understand that when a Muslim man says ‘drop ’em, blossom’ he has the full backing of Merkelism behind him.

There is a risk here: will the Germans finally realize that the Führerprinzip is not in their best interest? Will Germany finally throw off a leader culture?

I strongly suspect that the answer is no, and that compulsory Lebensborn [meaning “fount of life”; founded on 12 December 1935 to counteract falling birth rates in Germany, and to promote Nazi eugenics] is the aim, that the best way to integrate the new blood into the Volk is by seduction and rape by the superior manhood.

Hitler liked the virility of Islam. He wished he had been born into Islam, because Judeo-Christianity was weak:

“If Islam despises Christianity, it has a thousand fold right to do so: Islam at least assumes that it is dealing with men… Christianity destroyed for us the whole harvest of ancient civilization, and later it also destroyed for us the whole harvest of Mohammedan civilization. The wonderful culture of the Moors in Spain, which was fundamentally nearer to us and appealed more to our senses and tastes than that of Rome and Greece, was trampled down (— I do not say by what sort of feet —) Why? Because it had to thank noble and manly instincts for its origin — because it said yes to life, even to the rare and refined luxuriousness of Moorish life!… The crusaders later made war on something before which it would have been more fitting for them to have groveled in the dust”

Germany is like the tenderfoot cowboy buffoon who wants to leap into the saddle to imitate the film stuntmen. He misses and goes over the top to land back in the dust the other side.

Nazism and Communism are the socialist twins. The integrity of German womanhood must be sacrificed to the sexual needs of a million lusty males. Females do not own their bodies; their wombs are the property of the State.

And it is not just in Germany.

It has taken hundreds of years for women to get some sort of equality in western society, to be considered as a real person and not just as a sex kitten and baby incubation machine. Now it seems we must throw it all away — no action in Rotherham and inertia in Cologne.

In Muslim countries women have to hide behind closed doors and black veils. The shame-based society leaves them no option. In Islam, women have no mind, only the ‘meat’ of her body is ‘Halal’ for man to enjoy. Nasrin (2007, p.62) lamented,

“My mother used ‘purdah’. She wore a ‘burqa’[the black veil] with a net cover in front of the face. It reminded me of the meat-safes in my grandmother’s house. One had a net door made of cloth, the other of metal. But the objective was same — keeping the meat safe“.

Burqa system is completely a religious matter in Muslim society. In no other shame-based society black veils are used and the guilt-based societies cannot even think of it. Muslim society suffers from huge ‘abnormal’ shame. Darkness around covering the head means covering her brain. This sick idea of burqa originated from Muhammad’s and Allah’s sick mind. Allah wrote in the Qur’an,

“O Prophet, tell your wives, your daughters and the believing women to draw their veils close to them, so it is likelier they will be known, and not hurt” (Q: 33.59).

In Urdu, women are called ‘aurat’ (عورت), which came from the Arabic word ‘awrah’ (عورة). The Arabic word refers to the genitals of a woman’s body, in a simple and straightforward word, which is called the ‘vagina’. It means, the entire body of a Muslim woman is a huge walking vagina and nothing else (Warraq, 1995. p. 316).

‘Nikah’ (Muslim marriage, النكاح) is an Arabic word whose literal meaning is penetration (Kaleeby, 2002; Warraq, 1995). It can be pronounced as ‘Nokh’, which again means the ‘awrah’, the giant vagina, i.e., the entire body of a Muslim woman. When the word ‘Nikah’ is used to mean marriage, the actual meaning is not marriage but literally ‘sexual penetration’.

In sum; according to Muslims, women are ‘sex objects’. Muslims’ attitude towards ‘sex’ is almost same as that of an animal. Marriage is never a sacrament with him; it is openly a commercial transaction. It never occurs to him to be ashamed that he treats women as prostitutes or animals; he would rather be ashamed of the opposite. Muhammad was guilty of every sex crime known to man, so are the Muslims.

The Divine law of Allah, Sharia, does not recognize ‘forced sex’ on women after marriage. There is nothing called marital rape. The wife is a legal sex-slave of the man (often next to three other equally helpless wives). In prostitution, a customer does not need to bother about the sexual gratification of the prostitute. Similarly, the sexual desires and preferences of the women are not recognized in Islam. Marital rape incidents are too high in Bangladesh, as Azad (1995, p. 240) lamented,

“For a woman, the first night after marriage is the night of forcible sex. In Bangladesh, the number of marital rape incidents is several times higher than any other rapes.”

For Muhammad sex was a narcissistic expression of power — emotional and physical. Similarly, conquest of the body of a helpless woman is a status symbol for Muslims. This is the proof of his virility. Like Muhammad, Muslims show a disturbing lack of conscience while treating women. The cruel activities against women allow the Muslims to express their narcissism through the “conquered” women and to transform them into instruments at the service of his narcissism. In Muslim society, there cannot be a meaningful family life. The whole society hates women virulently, passionately and uncompromisingly and this Narcissistic irrational hate is original and inherent.

Women everywhere in Europe must therefore sacrifice themselves to serve the sexual needs of millions of Migrants. It is the only possible solution.

Need one say anything more?

“Women, if you like your freedom, you can keep it…”*