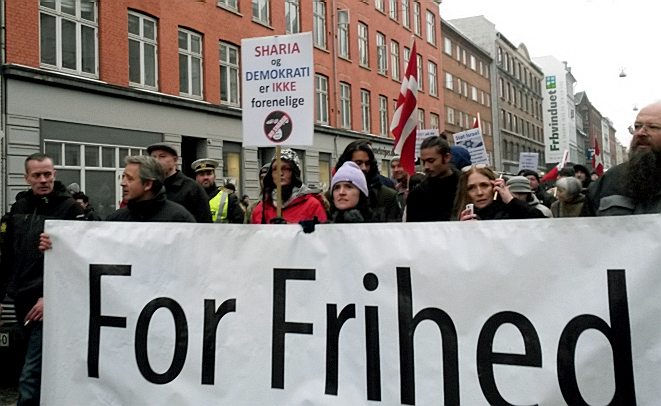 Below is Paul Weston’s speech to the rally following the PEGIDA march in Copenhagen last Saturday. As shown in one of last night’s videos, the marchers had been dogged at every step by the “anti-fascists”, who longed to get their hands on the “Islamophobes” but were prevented by the police.

Mr. Weston has a few choice things to say addressed directly to the antifas, who were still ululating beyond the police cordon during the speeches:

13 thoughts on “Paul Weston in Copenhagen: “The Media Cannot Ignore This Forever””