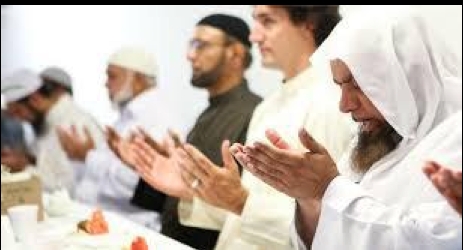 The following video shows excerpts from a talk given by an imam to his fellow “Canadian” Muslims. He tells them happily why they should be grateful to Prime Minister Justin “Baby Doc” Trudeau for all that he has done to help Muslims in the country he “runs”.

When the imam mentions “the Najashi”, he is referring to Ashama ibn Abjar, the Najashi or Emperor of Aksum in Ethiopia during the time of Mohammed. During his reign Ibn Abjar took in some Muslim refugees from Mecca, protected them, and eventually converted from Christianity to Islam.

Many thanks to CIJNews for the translation, and to Vlad Tepes for the subtitling:

Transcript (times based on the original video):