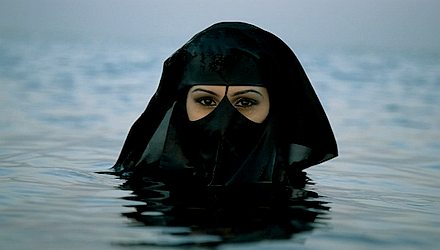 Culture-enrichers in the city of Zwickau in Saxony routinely enrich the water of the local swimming pool with their bodily secretions. Evidently the pool’s managers have yet to post the appropriate signage instructing the New Germans not to go poo-poo in the pool.

The following article on the pool-enrichment crisis in Saxony was published in Bild. This translation by Nash Montana was originally posted at Vlad Tepes in a slightly different form:

All this and more is written in a report from January 19th. Rainer Kallweit, the head of the regulations office for Bäder GmbH, wrote the report for the safety-related services of Bäder GmbH. The city administration has confirmed the authenticity of the report.

Kallweit writes of a memo from Johannisbad Swimming Pool. Its text says, among other things: One asylum seeker masturbated in the whirlpool and ejaculated into the water. It is recorded on surveillance camera.” And, “The swimming pool supervisor threw him out. The asylum seeker came back with comrades to get his cell phone. Together the ‘visitors’, hooting and jeering, took a selfie in the whirlpool.”

The day before “eight foreign men… were in the Sauna,” “The local people felt harassed. When women are in the sauna, asylum seekers are now told that the sauna is closed.”

In general refugees only have free access to the swimming pool. They would have to pay for the use of the sauna. But they won’t do that, according to Bäder GmbH: “When they were prompted to pay up at the register, they turned around, laughed and left.”

A similar account can be read in a memo of “Glück-Auf-Schwimmhalle”, Halle, in Kallweit’s report. A group of “youths, single men and children with guardians” visited said pool in Halle on January 9th. Since none of them could swim, “they used the kids’ pool.”

“The users contaminated the pool by emptying their intestines in it. Local guests immediately left the pool.”

The report continues: “Furthermore the pool supervisors have to protect women and girls from the asylum seekers. Young men try to force their way into women’s and girls’ changing rooms. Those acts so far have been deterred.”

Regulations office head Kallweit wrote that the Glück-Auf-Schwimmhalle will not let any asylum seekers inside in the future.

First, “they have to be told about user regulations and what is appropriate behavior towards women and girls in swim suits.”

59 thoughts on “Asylum Seekers Enrich the Swimming Pools of Saxony”