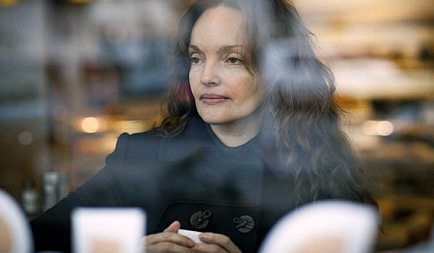 The following account from Die Welt tells the story of a Russian woman who sought asylum in Germany along with her daughter. Based on her description, the situation for female refugees in German asylum accommodations is nothing short of horrific.

Many thanks to Nash Montana for the translation :

Women are victims of sexual and physical violence in German asylum homes, says one asylum seeker. Natalya G. has lived in multiple asylum homes. They only went to the bathrooms in pairs.

Natalya G. looks like a ballet dancer. She looks strict and girly at the same time with her wide-spaced eyes. G. is a Russian TV reporter. But she got into trouble because of her regime-critical reports. When her daughter, 17, marched at a Moscow peace demonstration, in which she wanted to show her support for Ukraine, she was attacked and injured — quite likely by a police officer.

So in March of last year, G. flew to Hannover with her and filed for asylum in Germany. As she lived in four different homes — three of them with their own management — she realized that she could not feel safe everywhere in Germany. “What women have to endure is terrible,” G. says. “I never thought that such conditions were possible in Germany.”

Today, she is doing well; she was able to fetch her two younger daughters, 11 and 13, from Russia. A family is letting her and her three daughter stay in an apartment in their house, so the four of them now live in Dortmund. Her girls are attending an integration class. “I am very lucky that I can be here in Germany, in safety,” G. says. But it was a difficult start.

Home management did nothing: Absolutely nothing

G.’s first stop with her oldest daughter was Braunschweig. Mind you: Like a lotto jackpot, they were given a room for six people, in which only two more women lived. “Every evening the police came, there were fights between two groups of men the whole time”, G. says. “One of the men was constantly in the women’s bathroom, when I wanted to use it. They would switch with others, as if they were standing guard, and wanted to show: We disregard you, you have nothing to say here.”

G. and her daughter only went to the bathroom together. And never without telling others that they went, so that they could alarm home management in case they didn’t return. “Finally after five days I dared to take a shower”, she says. “I knew it might happen any moment that someone would break the door down.”

G. asked home management: Why aren’t you doing anything? And she got no answer. Her impression: The threat against women was silently accepted. “One evening a man from the security detail came and pushed a 13-year-old girl from Albania into our room and asked us to watch her. The father of the girl is violent towards her mother, and the girl needed protection,” G. says.

“We hid her in our room for the night. I impressed on her the importance of not opening the door for anyone, don’t go to the window, and don’t go to the bathroom. I let her pee into a cup,” she says. She had asked the security officer what was going on with the mother. He only said, “We will see in the morning.”

Suddenly, the next day, there was a woman standing in the hallway. “I instantly knew, that could only be the girl’s mother”, remembers G. “She was black and blue, and her face did not look human anymore. And she was pregnant. Just like so many women in the homes.”

Men standing guard at the bathrooms

Braunschweig is not the only home where G. experienced these cruelties, which were tolerated by the home managements. Because of overcrowding, she and her daughter were brought to a different home in Oerlinghausen. On the upper floor every evening there was a man walking the hallways with two machetes — one on the left, one on the right of his belt, “like a pirate”.

And there, too, the men were standing guard at the women’s toilets. And it was just like that in the third home in Bielefeld. “I began to understand that there was a system to this, and I can only say that on the whole: Women there mean nothing, absolutely nothing; women can’t move about freely; they are treated like dogs.”

Where did the men come from? G. didn’t really have an exact idea. A majority of the residents were from Pakistan, Afghanistan, Syria, Albania and Macedonia. “I couldn’t just tell the nationality by their faces.”

G. and her daughter ended up in a Gymnasium [high school] in Dortmund. One night the 17-year-old girl went to the bathroom alone — and came running back in panic. A young African had grabbed her by the arm and tried to drag her into his room.

To Franziska Brantner (Green Party) stories like these are nothing new. Women are her specialty. She’s been an advisor for the UN-women’s rights organization Unifern for many years, before she became a member of the German Bundestag. Since September, Brantner’s sole task is looking into the situation of women in asylum homes.

“The topic of women’s rights has been disregarded as a First-World problem for a long time,” Brantner says. “But if we are serious about violence against women, then we have to prosecute such violence everywhere, and that goes for refugee homes as well. That is the place where refugees arrive, and the first location to immediately react if there is abuse or violence against children and women.”

Brantner demands plans protection against violence for all refugee homes, protective zones for children and women and education of security staff, so they can recognize violence when it happens and react promptly. “At the Bundestag debate our demands were seen as a burden to bureaucracy and waved aside,” Brantner says, “when in reality this is about unequivocally sending the message that the universal rights of women and children rights are enforced in our country.”

Natalya G., in the meantime, does not believe that things will change in the refugee homes. “I have the feeling things are going wrong on a massive scale.”

48 thoughts on “Asylum Homes in Germany: “Women Are Treated Like Dogs””