In the last few weeks watertight doors have been clanging shut all along the route taken by the “refugee” flood of that’s been overflowing Europe since the middle of last summer. The point of entry is Greece — specifically, the Greek islands in the eastern Aegean — and the last border that has been tightened is the first one the migrants have to cross, the one between Greece and Macedonia.

The Macedonian government has put up razor-wire barriers and placed restrictions on which asylum-seekers may enter. Needless to say, the “refugees” are unhappy, and are making their feelings known. “Open [the border] or die” — yep, that’s the sort of sentiment that’s bound to melt the hearts of Europeans and cause them to welcome the “New Europeans” into their homes and larders.

Culture-enriching “youths” at one border crossing tore down part of the razor-wire barrier, attacked police, threw stones, and engaged in some of the other high-spirited antics that have made them so popular all over Europe.

Many thanks to Andrej Turjaški for translating this brief article from the Slovenian tabloid Slovenske Novice (click the link to see more photos):

Photo: Migrants tear down a part of razor-wire fence, throw rocks at the police

Others shouted “We want to go to Germany!” and “Open borders!” 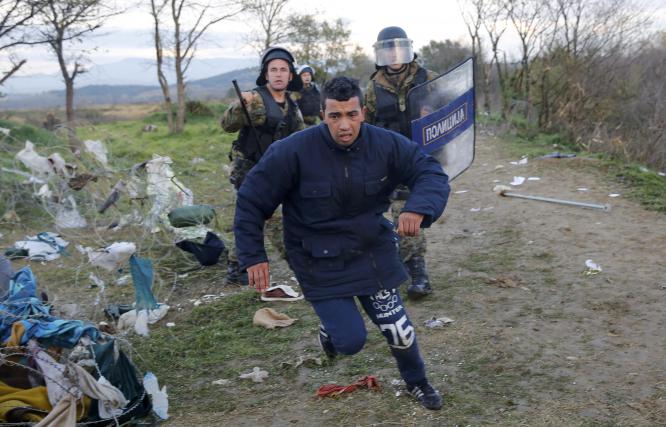 Athens: More than 200 migrants on the Greek-Macedonian border tried today to forcibly cross to the other side of the border. In their attempt they tore down a part of the razor-wire fence. At least five migrants made it to Macedonia, but were captured and returned to Greece, according to the French press agency AFP. Some protesters threw rocks at the police; others shouted: “We want to go to Germany!” and “Open borders!” 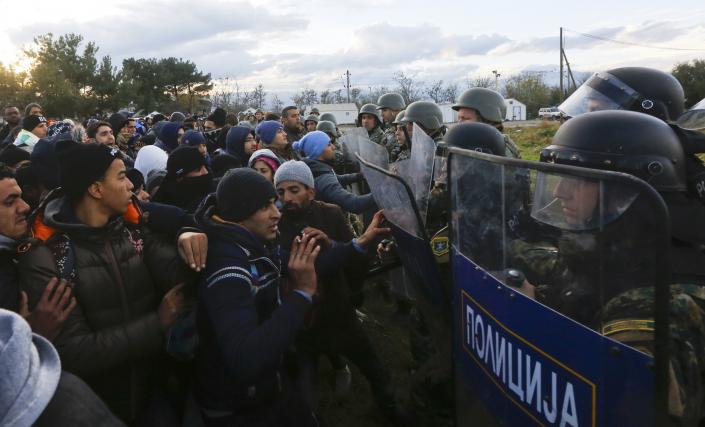 Macedonia, which is being crossed by multitudes of migrants on their way to the North, from the middle of last week has only been allowing entrance to migrants from Syria, Iraq and Afghanistan.

Thus more than 800 people are stuck on the Greek side of the border, mostly Iranians, Moroccans, Pakistanis and Bangladeshis.

I use the expression “Macedonia”, which is correct. The problem with the name is than the Greece, from the position of power as a member of the EU, blocked it, and they don’t allow Macedonia to use it. 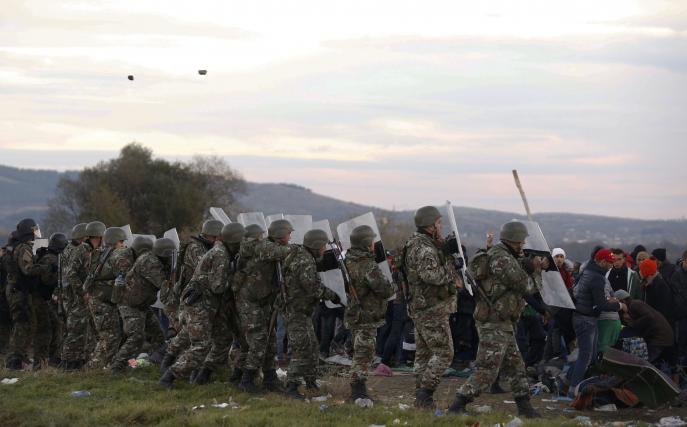 Thanks to Macedonia for protecting its border. If it weren’t for them, those migrants would have made it to Europe. According to the news on our TV, that is happening near Gevgelija border crossing. The Greek police required the stranded migrants (at one point more than 6,000) to clear the border area and return to Athens.

13 thoughts on “Angry Migrants Kept Out of Macedonia”