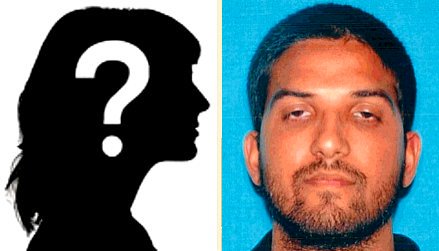 But what about Tashfeen Malik?

There was nothing about her on the Internet before she was lying facedown on the street yesterday afternoon in a pool of blood. I don’t mean very little; I mean nothing.

That’s why I used the Unknown Woman for her picture at the top of this post. When I went looking for an image of her, there was nothing to be found. No photos reliably identified as Tashfeen Malik of California, formerly of Saudi Arabia and Pakistan. She just wasn’t there.

Walid Shoebat has an interesting report on the Jihadess of San Bernardino. He confirms that she had no documented existence under that name prior to her death yesterday in a shootout with police. Not only that, it seems likely that the name was chosen as a nom de guerre for her martyrdom operation. It was taken from a hero of Islamic history whose victory paved the way for the conquest of Spain.

This case is getting more interesting by the hour. Reporters will be spending a lot of time trying to talk to Syed Rizwan Farook’s relatives and acquaintances and pawing over information gleaned from his haunts in San Bernardino. Let’s see how well they do digging out the real identity of his bride in jihad.