When I first read about the shutdown of Brussels, I knew immediately whose website I wanted to see. Michael is a long-time blogger and a native of Belgium for whom Brussels is home. I first got to know him when Vlaams Belang was under attack by Charles Johnson. In other words, a nightmare ago. It was he who helped explain to me the reality of VB, the desire of Flanders to go its own way, and why Charles Johnson was so very wrong in his character assassinations. 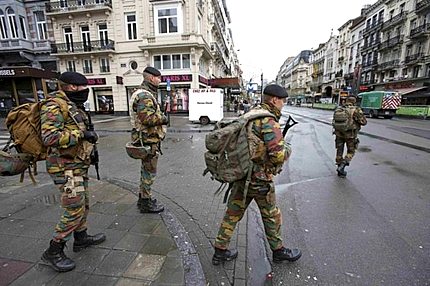 So I checked, and sure enough, Mike notes the shutdown of Brussels:

Since 2 am Saturday morning, Brussels is in a heightened state of alert. State Security “has indications that an attack was planned with guns and explosives”. PM Charles Michel has stated that “the threat is grave and very close”. The Threat Level is at 4, the highest one. The Brussels metro does not function. Army and police patrol in the city.

For decades the Vlaams Belang has warned of the grave dangers imposed by unchecked immigration and especially from muslim countries. 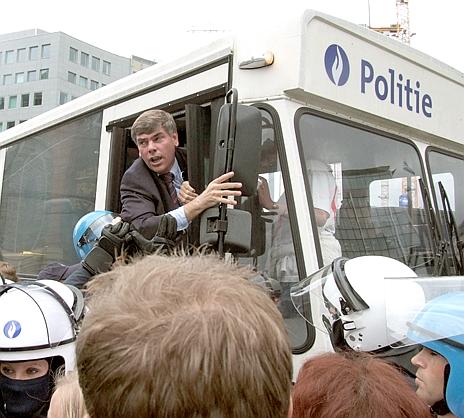 The ongoing persecution of Vlaams Belang was brutal. Those people paid a heavy financial and emotional cost for daring to go up against the Brussels/EU machine. So did Paul Belien, formerly the editor of Brussels Journal, whose wife was also a member of Parliament. 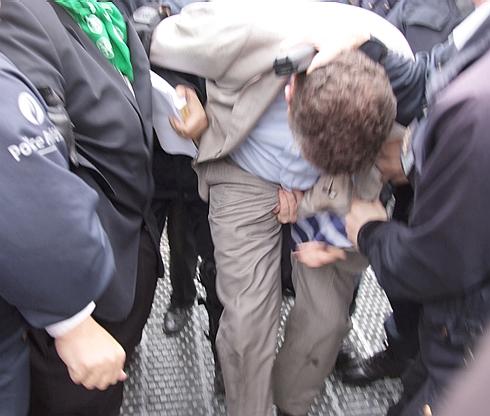 Here is Diana West’s essay from 2008 about her meeting with Mr. Dewinter in Brussels [the emphasis below is in the original posting]:

…Having interviewed Dewinter on several separate occasions — a couple of times in Antwerp last summer, once in Washington last year — I only wish the US had candidates of his strength, purpose and calibre. I know of no American politician who understands the historic sweep of the jihad as Dewinter does, and who is so forthright, outspoken and active in his stand against it. As far as the completely spurious and thoroughly deranged charges against him of anti-Semitism and crypto-Nazism go, they are, well, spurious and thoroughly deranged. Last summer I asked him to explain his stand against Islamization. He replied:

“It’s a global struggle for our values, for our European way of life, for our civilization. That’s why I think it is also a European struggle; that is, It’s not only about a mosque two blocks away — no! It’s about our survival as a European nation and as a civilization. And I recognize those values, that civilization, also over there in Israel. It’s the only country in occupied territory, the vanguard of Europe in occupied territory, that is sharing those same values. And that’s why it’s so important to support Israel.”

Mike from Downeast continues with the long record of persecution Vlaams Belang has suffered under the leftist regime in Brussels:

Its only reward was a “cordon sanitaire”, a barrage of insults, anti-racism laws, lawsuits, intimidation campaigns, vandalization of property of its members and party infrastructure, the blocking of ads, exclusion of VB publications on the yearly Boekenbeurs (the national Book Fair), and severe restrictions on the appearance of VB politicians on state-controlled TV stations.

Today, the chickens have come home to roost.

Indeed they have. In those dark days after the first Brussels Counterjihad Conference we were painted as xenophobic haters and racists. But for the most part Americans ignored Europe’s growing problems with immigrants. It was over there and that wasn’t happening here to anyone they knew. A lot of blood has flowed under the bridge since then, much of it innocent.

Be sure to check out Mike’s other photos of Brussels from earlier today. For me, they are eerie. We lived with this prediction for so long that to see it embodied is in some ways more disturbing than to have it surprise us, as the Paris massacre did.

One can only ask when the next European city will shut down… and for how long?

What place will be the next Paris?

The loud threats from ISIS to American cities — will they also become a reality?