A reader in a mid-sized town on the East Coast of the United States sends the following note about the presence of Jan III Sobieski — the king of Poland and the breaker of the Second Siege of Vienna in 1683 — in a stained glass window of his (Catholic) parish church. He says:

Much of the cultural enrichment in our town is Polish. In fact, our parish is the ethnic Polish parish in town, and our big wall-wide stained glass window includes a reference to the Poles breaking the Siege of Vienna.

I enclose two photos of the window-wall in our parish church. the first is The Whole Thing. To the left of the Crucifix is Poland, Polish saints and history; to the right is Polish immigration to America, the Poles in America, etc. (The table of lighted candles was set up for All Souls’ Day — one candle for each parishioner who died over the past year.) 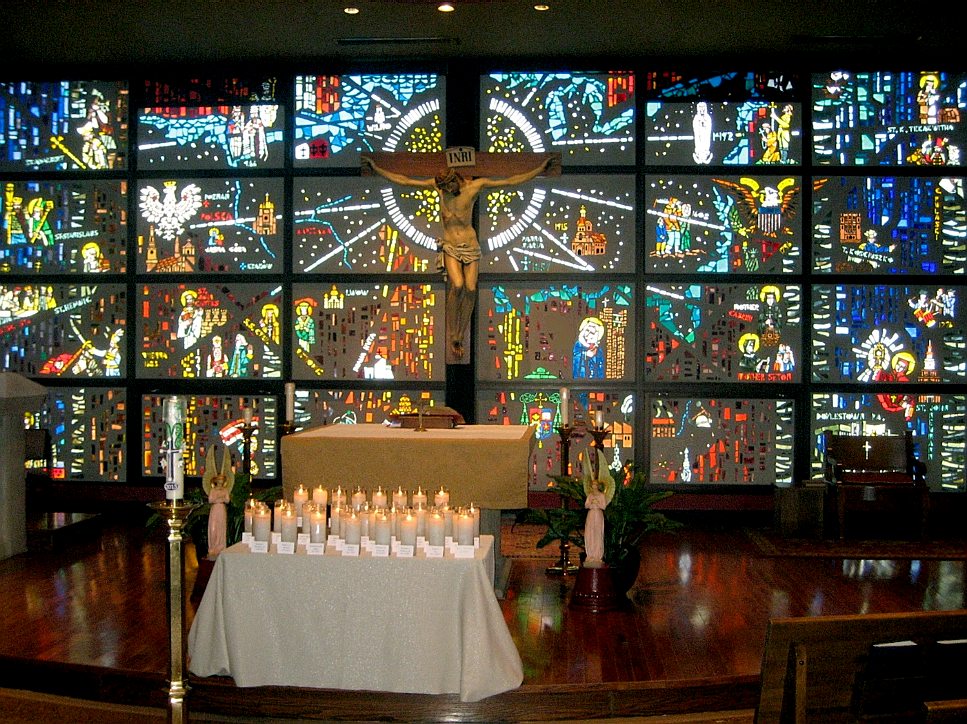 The second picture is a close-up of Sobieski, a fallen Ottoman flag, and the place and year. 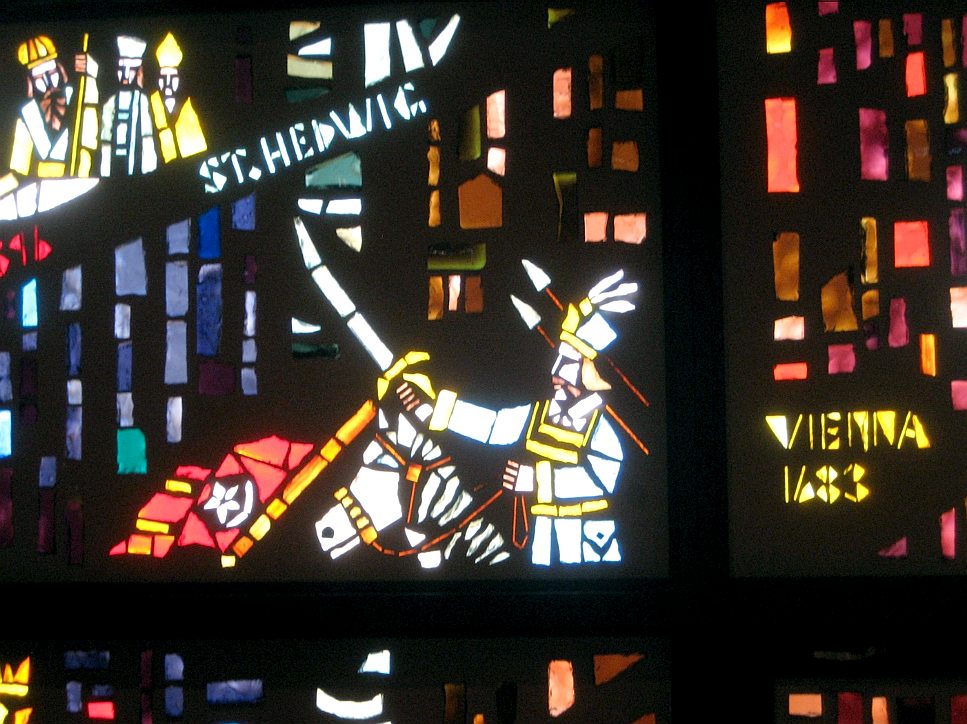 It’s so encouraging to have heartening imagery in church! And we have pierogi. (Not in the stained glass window; to eat.)

5 thoughts on “The Counterjihad in Stained Glass”