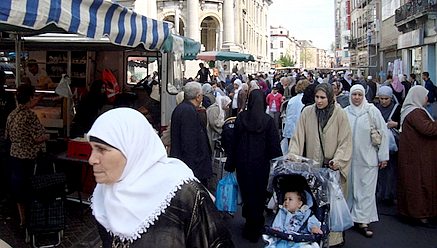 Molenbeek is a notoriously culturally enriched district of Brussels that is well-known to regular readers of this blog. It has recently come to the attention of the general public, thanks its being the old home place for Abdelhamid Abaaoud, the recently deceased mastermind of last Friday’s jihad massacre in Paris.

The following account from La Libre Belgique describes the transformation of Molenbeek from a socialist fiefdom into an Islamic state over the space of two decades, all accomplished via the efforts of the Socialist Party to keep itself permanently in power by co-opting the Muslim vote.

Many thanks to Nathalie for the translation:

Alain Destexhe, a senator for the MR[1] party speaks his mind

In the wake of the Paris terrorist outrage, the name of Molenbeek has become notorious throughout the whole world in the space of one weekend.

From Brazil to China and from Canada to South-Africa, journalists are discovering a hotbed of Muslim radicalisation in the heart of the capital city of Europe.

Still, there is nothing new under the sun. For those who wanted to be informed, the situation was blatantly obvious. Since the beginning of the 2000s, the name of Molenbeek has cropped up on a regular basis in most of the terror plots that had connections with Belgium. Among the most well-known are the assassination of Commander Massoud in Afghanistan two days before September 11th, 2001, the colourful sheik Bassam and his Belgian Islamic Centre, the 2004 terrorist attacks in Madrid and more recently the shooting by the Algerian-French Nemmouche at the Jewish Museum in Brussels, the Verviers cell, or the thwarted attack aboard the Thalys train…

As we say: “In the country of the blind, the one-eyed man is king”. Not so in Belgium: those who tried to lift the veil did so on their own and in great isolation. In 2008, a book written by the Flemish journalist of Moroccan origin Hind Fraihi and entitled ““En sous-marin dans le petit Maroc, (Under cover in little Morocco)” was already offering proofs of the radicalisation of young Muslim men in Molenbeek.

In 2004, after the Belgian Islamic Centre set up an online jihadist website, assabyle.com, we felt compelled, with Anne Marie Lizin, to propose new legislation which would ban the praising and glorification of terrorism. In 2009, in “a letter to progressives who are getting cozy with reactionary Islam” and written in collaboration with Claude Demelenne, a left-wing journalist, we sounded the alarm. More recently, the sociologist Felice Dassetto used the term “MolMuslim” in his book “The Iris and the Crescent” to summarise the situation in Molenbeek.

A code of silence reigned supreme for twenty years. Those who tried to break it were called Islamophobes or racists. At the heart of this system, there dwelled the powerful Philippe Moureaux, a darling of the media who held sway over Brussels politics, dictating everything from morals to policies. Combining the post of burgomaster for Molenbeek with that of president of the Brussels Socialist Federation and that of vice-president of the national PS[2], he maintained a climate of intellectual terror few dared rise against.

Well before “Terra Nova” a think tank closely associated with the French Socialist Party, theorised it, Philippe Moureaux had understood that the future of socialism (for Brussels) depended on the immigrants, who were going to become the symbol of the new proletariat, hence replacing the rapidly dwindling white working class.

“It is absolutely impossible to integrate another wave of immigrants” (1993)

Moureaux became burgomaster in 1992. In 1993, he could still make such pronouncements as: “illegal immigrants are in the process of utterly destroying our social model. […] Molenbeek’s CPAS[3] cannot possibly offer welfare and social aid to a quarter of Romania or a third of Pakistan” (Le Vif L’Express, Sept. 17th 1993) or “let me make myself perfectly and painfully clear: it is absolutely impossible to integrate another wave of immigrants. It would lead to conflicts”. (Vlan, Sept. 29th 1993). It is difficult to believe that he made such statements at the time, considering that he transformed himself into a great inquisitor of any who dared hold such views and speak them.

He did a complete turnaround and changed the content of his speeches and his policies. Legal (and illegal) immigration is encouraged. Family reunification is eased and sped up by council services who turn a blind eye to marriages in paper only which allow hundreds of illegal immigrants to obtain citizenship. At the federal level, the ever-watchful senator Moureaux is at the forefront of policies to simplify the legislation on family reunification and acquisition of Belgian nationality (the latter becoming near-automatic), the right of foreigners to vote in Belgian elections, and finally, and at his behest, the fight against racism which is transformed into a new paradigm for the political discourse.

The rise in the population in Molenbeek is then the highest for the whole Brussels Region and the whole of Belgium. According to the census (and bear in mind the high number of illegals not accounted for) the number of inhabitants has risen by 12% within 5 years and 30% within 15 years. It is 30% higher than since his prophetic “It is absolutely impossible to integrate another wave of immigrants”! And it isn’t over yet…

In parallel with this uncontrolled rise of the immigrant population, which is allowed to continue apace without anyone knowing whether or not those new generations of immigrants and their offspring share our values (the PS being opposed until recently to a process of compulsory integration), a communitarianist model is set up.

Frequent visits to mosques (with calls to vote for the “right” party at election time), subsidies to Muslim organisations, council buildings put at the disposal of Koranic schools, Muslims with close ties to the mosques put on the list of PS councillors, conspicuous attendance to the Aïd El Kébir celebrations as well as to anti-Israeli demonstrations where anti-Semitic slogans are routinely chanted.

“The charm of the mullahs’ imperatives”

The (broadly-speaking) anti-clerical and secular historical background of the PS is discarded without a second thought, much to the great dismay of a few historical socialists. Here is what Jean-Maurice Dehousse, a former burgomaster of Liège has to say: “the likeable Philippe Moureaux, after worshipping at the altar of Stalinist icons in his youth, and being willfully blind to the existence of gulags, is he not now yielding slowly but surely to the charm of the mullahs’ imperatives in Molenbeek?

In his memoir “L’ami encombrant (The friend we’d rather forget)”, Merry Hermanus, a former chief in the Brussels PS recalls how Philippe Moureaux tore strips off him: “I’m fed up, you dirty anti- religious c***, you’d rather undervalue a weakened population when your Jewish friends feel free to do anything they like!”

The RTBF[4] channel is compared to … Goebbels

For over twenty years, Philippe Moureaux lorded it over media only too eager to roll over, using scare tactics to intimidate the media and the whole of the political class, including in the MR, all of them paralysed with the fear of being labelled racist.

A spectacular testimony to this is the Deborsu affair. In April 2012, Frédéric Deborsu, a journalist with RTBF, makes a programme for “Questions à la Une” on a hitherto largely unbroached subject, at least within the scope of a long coverage. In it, he exposes the downward spiral of self-serving communitarianism in Brussels municipalities such as Molenbeek and the smooth forked tongue of some dissembling elected councillors of foreign origin who were caught lying through their teeth on camera.

Philippe Moureaux then equates the methods employed by the journalist to those of … Goebbels, the head of Nazi propaganda under Hitler! Since then, the RTBF has not tackled those issues in any depth, nor have most media in Belgium.

As we were filming the documentary, both the journalist and I were able to observe that in the local market, the law forbidding the wearing of the burka was openly flouted, even when the police were present. Whole areas in Molenbeek have thus been turned into lawless enclaves where the police dare not set foot unless they are in force, where employees for the water and electricity companies must have a police escort when they have to turn off utilities, where the vast majority of restaurants are closed during Ramadan, where “dirty Jew” is a commonly-heard insult, where schools are deserted come Eid, which is not a legal holiday, and where fair-headed women and those who are deemed to wear too-short skirts get abuse shouted at them and are called dirty whores and bitches.

It is in such an environment that such radical organisations as the Belgian Islamic Centre and others were able to go from strength to strength, unhindered and without the local police showing the slightest bit of interest in what they were up to. 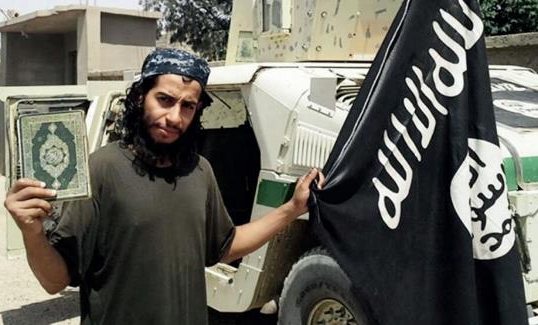 The responsibility for all this is not to be laid solely at Philippe Moureaux’s door. TV channels, radio stations and newspapers together with the political world (and I mean all parties, even though some bear more responsibility than others) willfully chose to turn a blind eye.

Moureaux has quit the political arena. It is no use trying to make him pay: the harm has been done. The problem is that the Moureaux system is still deeply rooted and embedded in the mental processes of a large number of elected politicians in the PS, who were able to get elected thanks to cronyism, and clientelism (and I’m not even talking about family connections); pandering to the Muslim communities being the second facet of this dual system. This double strategy that is being used to secure votes is now the key for the PS to win all elections in Brussels. Philippe Moureaux has managed to completely transform a region which had always been classically liberal, a region where former President-Minister Hervé Hasquin, could be heard proclaiming not so long ago that the MR was a party to be reckoned with, a party that could not be ignored. It is now an opposition party.

8 thoughts on “Molenbeek: The Heart of European Jihad”