Below is a map (courtesy of The Guardian) released by the Russians of the path of the Su-24 shot down over Turkey or Syria today: 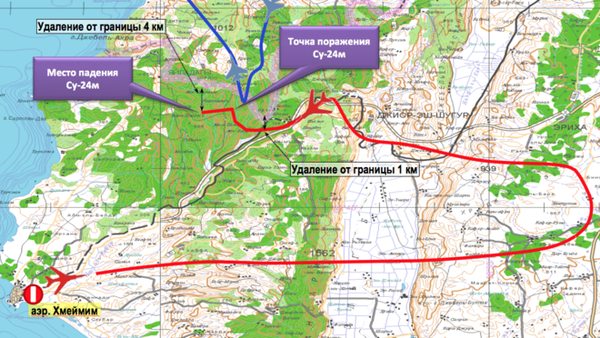 As you can see, this version of the flight path shows no violation of Turkish airspace by the Russian jet.

It differs significantly from the radar track made public by the Turks:

So someone is putting out disinformation. The question is: Who?

Numerous commentators are pointing out the parallels between today’s events and the shooting down of Flight MH-17 over Ukraine. However, in this case there is no percentage for the Russians to have engineered such an outcome. Either they made a mistake, and are trying to cover for it, or the Turks deliberately fudged the data when they created the radar map.

Take your pick. I have no idea which is more likely.

34 thoughts on “Curiouser and Curiouser”