Ahhh, the Sixth Day of our Autumn Quarter’s Fundraiser is here already. It’s come so quickly, but then it always does, always catching me a bit by surprise…

To those whose generosity has contributed to our “successful-so-far” journey, our gratitude. May the Karma Dude smile on all of you. This is like throwing a party and hoping all the guests will come: a week of tension that slowly dissolves as the tip jar fills and once more we breathe easier again, grateful to continue.

To those who have yet to tip the jar: I hope your circumstances permit you to do so in the next day or two. I’m not talking to or about those whose means are so limited that their only Internet access is the public library. I have known and worked with folks like that and (except in rare, distressing instances) they’re not our target audience. Only people whose needs for shelter, clothing and food have been comfortably met could possibly have the mental energy and intellectual wherewithal to walk through the Gates of Vienna to peruse what’s on offer. But the uncomfortable fact remains: many stroll through here without contributing even a small token of appreciation; they read for free over the shoulders of the those who have paid to make sure this place continues to exist.

There is yet another kind of ‘reading for free’ which people are beginning to report to us. This phenomenon is deeply unfair to our volunteer translators who labor here without recompense. As the B says, due to their efforts, what we post is often the “bleeding edge” of news not otherwise available in English. Well, we’re a small place, what concern is it to anyone if it appears that there is an occasional rip-off from our translators elsewhere? We don’t go looking for these thefts, readers report instances of word-for-word “twins” of material they saw here first. Could there be other translators out there who find exactly the same wording in each and every case? Not likely. At the very least, such pilfering, if it is the case, shows a lack of integrity; and yes, both blogs and news sites appear to be “liberating” some of our translations.

One person who never fails to cite us on any material he uses is Jim Hoft at Gateway Pundit. Whenever he uses something of ours (or Vlad’s), we get full credit. It’s a bonus — the only bonus they’ll get — for our translators to see their work spread with attribution. How do we know Jim does this? Our site meter reflects a significant uptick from his site whenever he sources us — as he does everyone else he cites.

Gateway Pundit’s focus is the American scene. His work rivals the best of the news aggregators, including newspapers, when it comes to chronicling the chaos in our deeply troubled urban areas and displaying our dystopian present. Read Gateway Pundit and you see very clearly the paucity of leadership in America. No website in Europe would be permitted to simply present reality as he does; Jim would have been up on “hate speech” charges long ago just for the video cuts he shows. He’d be in the prison cell next to Tommy Robinson. It is an obvious reflection of his personal sense of abundance that he credits all his sources. Those who appear to have cut and pasted our translators’ material are not so generous: they operate from a grab-and-go mentality.

As I mentioned at the start of this fundraiser, our theme of Home is one that resonates for us all. 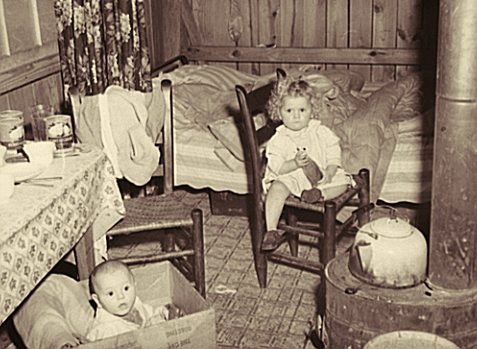 As children, Home is our starting point in becoming “socialized”. Totally dependent on the people who brought us into being, we “live and move and have [that] being” in an irreplaceable environment, one which we will seek to replicate or to rebel against as we move out into the world.

For better or worse, our family gives us our template, our social map. In turn, we proceed to carry that map out into the world, searching for either a copy of the original or, in defiance, as close to a negative of that experience as we can manage. In that second case, carrying a negative instead of the original, founding a new Home can be problematic — how much harder it is to operate in a world where you’re most attuned to what you must needs reject in order to maintain some kind of independence from what you perceive to be the Original Harm inflicted on you by those who were charged with your care. I’ve often encountered this with aggressive atheists. No, I don’t mean the average agnostic or “disbeliever”; they aren’t interested in what I believe or don’t believe. But the aggressive ones — those fundamentalist atheists who are determined to convince me of my Errors — oh, dear me. Scratch the surface a bit and there lurks a deep resentment of some parent or authority figure whose fundamentalist religiosity left a deep scar. These folks are driven by the same need to convert me to “reason” as the fellow on the street corner who demands from passers-by an immediate assent to being “saved”. Same coin, other side.

Karen Horney, a gift from Nazi Germany to American psychological theory, proposed a basic schematic of existential “choices” presented to a child before he is developmentally ready to choose. Here’s the deal: the bottom line is feeling safe. In order to attain/maintain a sense of security in the usual muddle of a family environment (where belonging is conditional upon a number of factors that have little to do with him), our little guy instinctively picks from one of three — and only three — available “attitudes” or positions. To stay safe, he can move toward others; or he can move away from others; or, finally, he can move against others. This basic characterological position is never purely one or the other — we deftly mix and match — but there’s a predominant fallback position for each of us. Sometimes it’s hard to see our own choice, but others’ attitudes appear transparent — e.g., “Mary’s a real people pleaser” vs. “Jimmy’s a lone wolf” vs. “Watch out for Bubba’s mean streak”. Or, as some wag summed up the issues, “tell me what makes you angry and I’ll tell you who you are”. 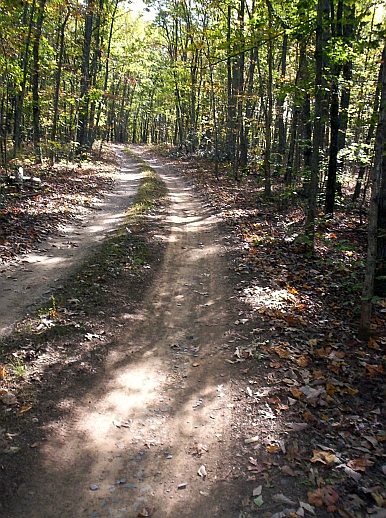 To realize our potential as human beings most of us require the back-and-forth between a place to be and a path to follow. This “pilgrim’s path” is in our coming and going, our via. The rhythms and routines of going out and returning allow us to grow and mature; as we incorporate new experiences, encounter new people, acquire new skills and knowledge, the Self we bring back to our Home base has changed. Because we are creatures of routine we often fail to notice how life works on us this way. It takes perhaps a meeting with someone from our past to rattle things a bit: “How much you’ve changed!” is often unsettling, even when our interlocutor intends only praise.

The Baron used to say he was tired of apologizing for his normal childhood. In a world where dysfunction was on display and everyone was somehow a victim, he was simply an average guy. An average guy who moved to the rural version of “artist starving in a garret” to see how long he could manage to live his life painting landscapes. He managed it for twenty-five years and also raised a son and re-taught me the importance of recurring celebrations and healthy routines. Just by living his own life the Baron taught me how to live mine. In return, as I recover enough to take over some chores and we reestablish a more predictable life not so interrupted by my illness, my goal is to digitize the slides he took of every painting he did during those years. I want to publish them online simply so people can see his massive accomplishment. Yeah, posterity and all that, but attention must be paid while he’s still here. Posterity? Not so much.* Meanwhile, if anyone has a line on a good digitizer for color slides, let me know.

What I had planned to write for this sixth day post is not what you just read. But the subject ran away from me — instead you have this… reflection? As the horse began speeding away, taking with it my notes about our division of labor at Schloss Bodissey, I realized it wasn’t coming back. At least not today. Perhaps I’ll save those outlines for another exploration of our life here. It has little resemblance to life as lived in the big city. Nothing important goes on here. But nearly every day I stop to wonder how we ended up here, the bridge to Europe, looking over our shoulders at the even bigger question of America.

The main thing for all of us is simply to keep on keeping on. There are no Big Solutions… or rather, we can see now what the application of lots of BS did to all of us. We won’t find any answers but with luck our questions will change. That way lies wisdom and serenity.

And as long as all of y’all keep coming back, why there’s no end of surprises around here.

Yesterday was gratifying, and I do enjoy seeing so many new donors. We’re almost done. Imagine that! See you at the finish line.

Our donors on Day Five were…

Far Abroad: Australia, Germany, the Netherlands, Poland, and the UK

* Note from the Baron: Back in 1979, when a woman of my acquaintance took me to task for painting on and with inferior materials, she said, “What about posterity?” I replied: “HAH! What’s posterity ever done for me?”

12 thoughts on “Reflections on The Way Home”