On September 30, 2005, the major Danish newspaper Jyllands-Posten published 12 editorial cartoons, most of them depicting Islam’s founder and alleged prophet Muhammad.[1] Despite the fact that the cartoons were generally rather innocent, the very fact that they portrayed Mohammed caused outrage among many Muslims, who considered this an act of blasphemy. The Muslim anger over the cartoons in Jyllands-Posten did not peak immediately, however. It was carefully cultivated by certain Muslim groups. International reaction reached its highest and most violent point in the early months of 2006, with the burning of embassies and some deaths.

A number of Islamic terrorist plots to murder the staff of Jyllands-Posten have been uncovered and prevented in the years since then. Several key individuals involved in publishing the cartoons in 2005, for instance the then-editors Carsten Juste and Flemming Rose, still live with death threats and police protection a decade later.

The Danish artist Kurt Westergaard created the most controversial cartoon, of Muhammad wearing a bomb in his turban. The artist has since been a personal target of Islamic assassination attempts because of this. Westergaard, now 80 and retired from satire, talks passionately about being one of the most hated men in the Islamic world. “I think I still have a basic feeling of anger. I worked as a Danish cartoonist according to the Danish traditions. I had done nothing wrong. I had criticized an authority — in this case it was a religion. A big religion. And I think it’s a cartoonist’s and satirist’s job to criticize those in power, whether they are in this case a religion or it is a political party. If you work according to the Danish traditions then you offend people.”[2]

In a twist of irony, Ahmed Akkari, an imam and former radical Muslim who helped whip up international anger against Denmark in late 2005, later recanted and apologized for his actions. Fellow Muslims seem to regard his change of heart as sincere. As a result, Akkari, too, now receives death threats from his former allies. He currently lives in internal exile in Greenland, where there are more walruses than Muslims.[3]

In hindsight, it is obvious that the major relevance of the Jyllands-Posten cartoons controversy was the imposition of Islamic blasphemy laws on Europe and the wider Western world. We should submit to Islamic rule and Islamic law as obedient dhimmis. That was the real issue back then, and remains so today.

On September 26, 2015, an international conference was held in Copenhagen: The Danish Muhammad cartoon crisis in retrospect. The conference was held under heavy police security at Christiansborg Castle, behind the fortress-like walls of Denmark’s Parliament. It was arranged by the Danish Free Press Society (Trykkefrihedsselskabet). I was present in the audience. The speakers were Vebjørn Selbekk, Henryk Broder, Douglas Murray and Mark Steyn. 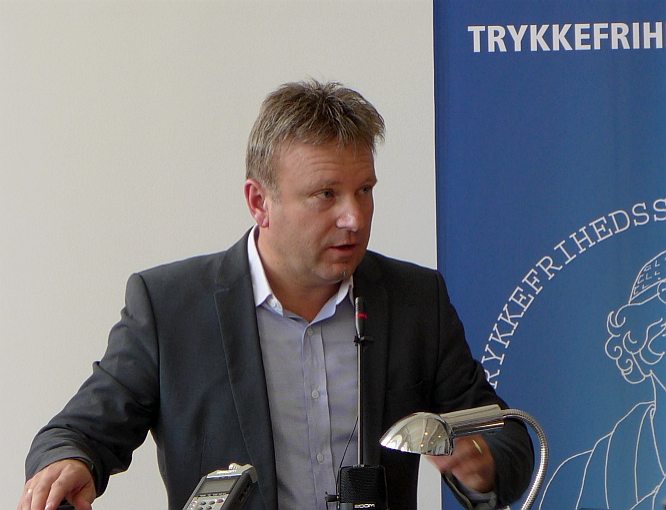 Vebjørn Selbekk was the editor of a small Christian newspaper that reprinted the Mohammed cartoons in Norway in early 2006. Because of this, he received dozens of very explicit death threats from Muslims.[4] He was also shamefully stabbed in the back by the Labour Party-led government of Prime Minister Jens Stoltenberg, who cowardly caved in to Islamic pressure and violent threats. Denmark’s Prime Minister Anders Fogh Rasmussen showed some spine in the face of international Muslim pressure in 2005 and 2006. Norway’s Prime Minister Jens Stoltenberg showed absolutely no spine at all in the same situation. Both of these men later became Secretary General of the Western defense alliance NATO. 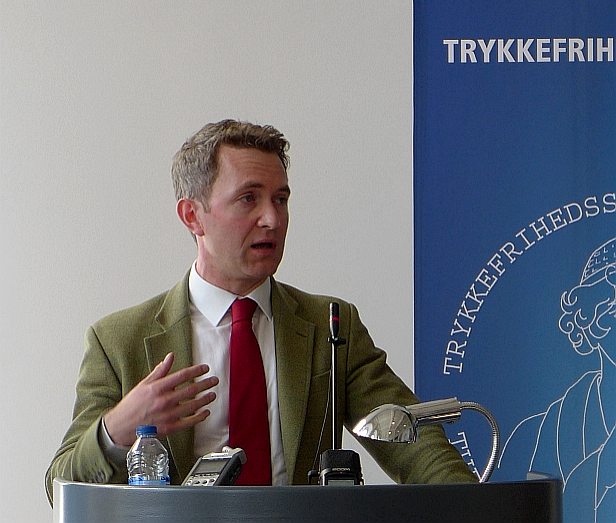 The British writer and commentator Douglas Murray noted how surreal it is that we talk about this as the “Cartoon Crisis”. Hardly anybody in the Western world would have understood the concept of a “cartoon crisis” if you asked them in 1988. Is that when somebody makes an incorrect drawing of Mickey Mouse or Donald Duck? Murray also commented that it is always a small number of people who defend freedom of speech. Most people simply want safety and comfort, and therefore follow the path of least resistance.[5] 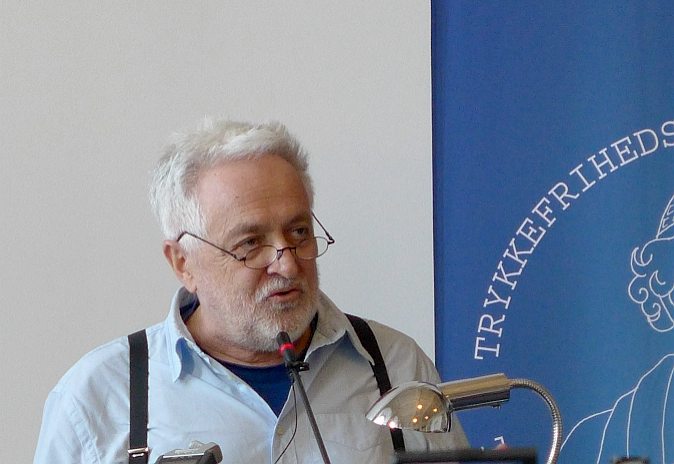 The Polish-born German-Jewish author Henryk Broder was pessimistic about the state of affairs.[6] He feared that we may be witnessing the collapse of European civilization. After every single act of Islamic Jihadist aggression, from the September 11 attacks in 2001 via the Mohammed cartoons to the Charlie Hebdo massacre in 2015, Muslim immigration to the Western world has continued or even increased. Europe is currently witnessing an influx of illegal immigrants from the Islamic world and Africa of unprecedented proportions. Germany alone could receive one million asylum seekers in 2015, many of them Muslims. They join the several million Muslims of Turkish, Kurdish or Arab origins who already live in the country. The only thing senior political leaders such as German Chancellor Angela Merkel have been doing about this is welcoming the flood of illegal immigrants. At the same time, she denounces skeptical voices of reason as hateful extremists. 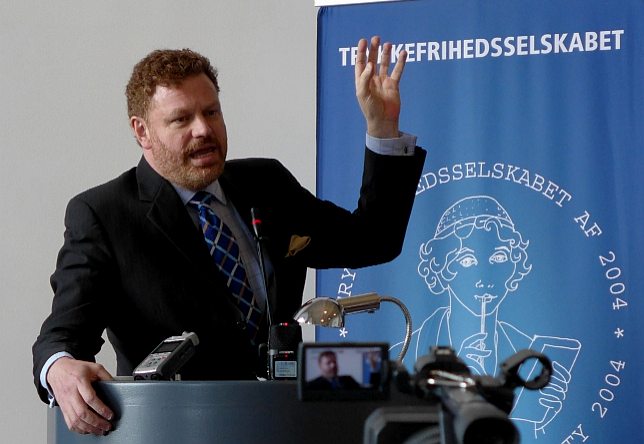 By comparison, the Canadian-born author and conservative commentator Mark Steyn injected some measured optimism into the audience. He, too, is greatly concerned about what is happening. He understands the stakes, and is appalled at how few publications in the English-speaking world republished the Mohammed cartoons. Many writers are less effective public speakers. I count myself as one of them, which is why I do not give public speeches. Steyn, however, is very eloquent and naturally funny. He is good as a writer and public speaker, and equally adept at TV and radio. Mark Steyn could probably talk about the end of the known universe and still make people laugh. Given the depressing state of Western civilization these days, that is a useful quality.[7]

In the evening, some people from the audience gathered at a local pub in Copenhagen. We were eventually joined by Douglas Murray and Mark Steyn. We were all drinking beer and talking, as people normally do in pubs. In fact, it could have been a perfectly random Saturday night out, had it not been for the armed police guards standing outside. I presume they were from the Danish Security and Intelligence Service (PET). The Danish writer and Islam-critic Lars Hedegaard was present. He has previously been targeted with assassination attempts. Some of the people I talked to have suffered less dramatic, but still troublesome events. One lady had recently lost her job, simply for being a peaceful critic of Islam and mass immigration. Even I have joined the growing number of Europeans who no longer have a publicly listed address or telephone number.

Upon leaving, I thought of what Douglas Murray had said a few hours earlier. Perhaps it is always a small number of people who defend freedom of speech. If so, it is a pleasure to meet so many of them in one place.