In his latest essay, our Indian correspondent The Kafir shares some thoughts and predictions about the ongoing “migration crisis” in Europe.

The invasion of Europe
by The Kafir

I doubt Jean Raspail, the author of The Camp of the Saints, ever wanted his grim prophecy to come true. Sincere warners of doomsday scenarios write their warnings in the pious hope that they will be proven wrong. Jean Raspail must be a very sad man today.

Therefore the looming destruction of Western Civilisation must alarm all human beings who love freedom and equality. Western Civilisation is about to be destroyed, and will be replaced by the worst kind of ideology masquerading as a religion. It holds that those who do not believe in the prophethood of a man born in the desert of Arabia 1400 years ago have fewer rights than the domestic animals of those who believe him to be a prophet.

Does civilisation destroy the survival instincts of man?

Will barbarians inherit the earth?

What is it that Europe needs to wake it up to the mortal danger it has invited upon itself?

Ignoring history is dangerous, but teaching wrong history to the people is even more dangerous. What is happening in Europe is the fruit of teaching politically correct history to generation after generation for close to a hundred years now. Otherwise, there was no way the elite of Europe could so easily have sold the continent to the barbarians, just to live out its multicultural fantasies. 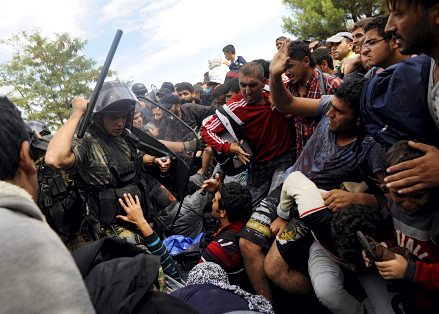 Why should the outcome for Europe be any different than for West Asia and North Africa? It is exactly like a predator killing a healthy animal, eating it up, and moving on to next healthy animal. And only brain-dead dhimmis can just sit back and allow the predator to do this to their countries. It seems unbelievable that millions may lose even the basic survival instincts, but this is what has happened in the case of Europe.

West Asia and North Africa have become uninhabitable purely because of Islam. Islam has led to a population explosion that has made these countries unable to feed their people. Islam has led to the strife and wars raging in these countries that have made normal life all but impossible. So the residents of these countries are moving to the countries where Islam doesn’t hold sway as yet. And the destination countries, in a manifestation of mass suicide-wish, are allowing them to bring Islam with them. 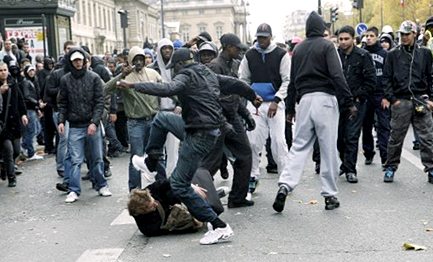 Islam was imposed on the countries of the West Asia and the North Africa by the Muslim rulers who conquered these countries. Though rulers in the Europe are non-Muslims, but Islam will be imposed on Europe nonetheless, because Islam gets imposed either top down, or bottom up. In Europe, the invading hordes of Muslims will take over block after block, street after street, and city after city. Sharia will be gradually imposed on Europe, as the elite is too dumb to even know what is happening. It will in fact facilitate the imposition of sharia.

And the law showing the relationship between the imposition of sharia is almost mathematical: More sharia means fewer kafirs. As sharia encroaches on Europe, kafirs will start disappearing. Christians will lose Europe also, after losing the West Asia and the North Africa. Europe will become uninhabitable, just like these two regions. Muslims will then move to new kafir areas. And as we are seeing today, it is highly unlikely that kafirs of those new areas will be any wiser.

How can European man be so blind to his own annihilation? How?

59 thoughts on “The Invasion of Europe”