Concerning the current European “migration crisis”, the only public figures making sensible statements are from Central Europe, the former East Bloc. Yesterday we reported on the remarks by the Polish MEP Janusz Korwin-Mikke. Today it’s worth noting the words of a Hungarian Bishop, as reported by The Washington Post (hat tip Fjordman):

BUDAPEST — Pope Francis’s message Sunday couldn’t have been clearer: With hundreds of thousands of refugees flowing into Europe, Catholics across the continent had a moral duty to help by opening their churches, monasteries and homes as sanctuaries.

On Monday, the church’s spiritual leader for southern Hungary — scene of some of the heaviest migrant flows anywhere in Europe — had a message just as clear: His Holiness is wrong.

“They’re not refugees. This is an invasion,” said Bishop Laszlo Kiss-Rigo, whose dominion stretches across the southern reaches of this predominantly Catholic nation. “They come here with cries of ‘Allahu Akbar.’ They want to take over.”

The bishop’s stark language reflects a broader spiritual struggle in Europe over how to respond to a burgeoning flow of predominantly Muslim men, women and children onto a largely Christian continent.

Nash Montana, who was raised in Switzerland and now helps us with German translations, sent an email yesterday with an addendum to Bishop Kiss-Rigó’s words concerning the pope and immigration:

One thing Hungarian Bishop László Kiss-Rigó didn’t mention, of course, is that Germany will become, in my opinion, the new epicenter of European jihad and the Hochburg, the high castle, of rape.

Expect about 800,000 male “refugees” from Africa and the Middle East through the end of 2015. Germany will see a rape epidemic of proportions that have never been witnessed before.

The bishop is completely correct when he calls these refugees invaders. He said, “They come here and they scream ‘Allahu akhbar’. Because they want to conquer.”

In just a few years we will see conditions similar to those in Lebanon: war between the Islamic jihad and the German kuffar. 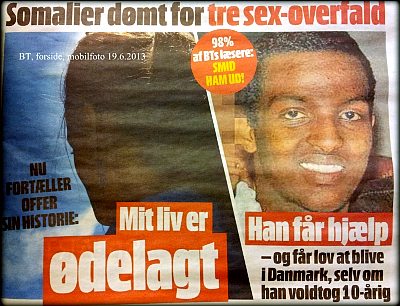 And as far as the African “refugees” are concerned, all we need to do is look to Scandinavia to know what is in store for Germany.

We will see a rape epidemic of unseen proportions that will endanger the lives of women, girls, even the youngest of girls, and boys, and will make their existence a living hell. Do authorities know what is going to come? Of course they do! Why else would they have already started to demand of Bavarian schoolgirls to cover up so as not to provoke their African and Middle Eastern ‘guests’ housed in gymnasiums and refugee centers next to schools and community facilities.

In Sweden and in Norway statistics prove that almost every rape can be accounted to have been perpetrated by an Islamic enriched ‘immigrant’. Sweden, which was once considered as the worlds’ safest country, is now taking second place in the world wide rape statistic. Only in South Africa do men rape more than in this northernmost socialist EU country.

By the end of the year, 800,000 more young men will have arrived in Germany. I am convinced they will find the means to quench their sexual urges, one way or another…

And this afterthought, sent a day later:

I notice the rape epidemic in Germany has already begun.

You know, growing up in Italy and then Switzerland, I remember whenever something outrageous happened, it was all over the news not just in the country where it happened, but in neighboring countries as well.

Rapes, especially the rape of children, spread through the news like wildfire, and within 24 hours every country in Original Europe, pre-EU, would know about it.

We cared about our neighbors. If a 7-year-old girl in Germany was raped, we empathized with the victim and her family. We prayed. We cried. We even wrote letters to the schools of the victims, and we made phone calls.

When I was twelve years old, going to school in Switzerland, there was a young woman who was brutally raped and murdered by her date in Bremen, Germany. The case made European headlines. Our whole class did a project for the young woman’s funeral, and we all wrote letters of condolences to her family. It was the normal thing to do.

Now, unless the perpetrator is a white indigenous male, we don’t even hear about these crimes anymore.

33 thoughts on “Germany: The New Rape Capital of Europe?”