Most of us know why the “Presidential” “election” to be held in 2016 is corrupt at its core and this is the crux of the problem:

Not one candidate, not even shoot-from-the mouth Donald Trump, will address our main problem. The rest of us can plainly see that exigencies facing all of us due to the elephant in the room — yeah, that big grey pachyderm whose back is covered with a myriad of venomous snakes. Those of us who are willing to watch are kept sufficiently entranced by the complicated moves of The Writhe to be mostly unaware of the damage being done by the rampaging elephant. We stare in fascination: will the snakes fall/jump off the elephant and come after us? Or will we feel relieved that the only thing we have to clean up is wreckage and elephant dung?

We mutter among ourselves, asking if the room is somehow shrinking, making it more difficult to avoid being gored by one of those tusks. Or… is the elephant being fed steroids so that it is outgrowing the once huge quarters we’d built for it? Either way: smaller room or larger elephant, we can even now smell the elephant’s breath as we dodge being gored, crushed by huge feet, or drowned in dung. Given those distractions, our more likely fate will be to suffer the fatal venomous bites from the snakes on his back.

Whoever is tasked with cleaning up after the elephant gets extra duty pay for stacking our bloated bodies like cordwood outside the door. Eventually the carters will make their rounds, picking up our remains and taking them to the pyre.

Not a pretty series of metaphors, is it? But surely no worse than the reality for those unfortunates run through — and worse — by the “junior varsity” sadists in ISIS. We breathe in relief: at least we can be sure they’re not here.

So what is “here” instead of ISIS? Well, given the heavy cement of our ramparts what would it take to bring us down? We’d come out swinging against the lobotomized freaks in ISIS, but Islam has been at its work here for a long time and it knows when to puff up like a steroid-infested adolescent killer and when it’s more important to put on a coat and tie and tunnel through the West’s infrastructure. It even wrote out the plan, complete with dates, and so far the Islam train is running on time. See Europe. See America’s seeded enclaves. See what is left of the Middle East.

The Brotherhood has our number, written in triplicate. Knowledgeable people such as Steve Coughlin and Bill Warner and Geert Wilders are talking and writing and presenting clear historical truths, but the cordon sanitaire erected around the truth has had a century to grow into an impenetrable wall. Islam is good at walls, at tunnels, at costumes and subterfuge. The imperialism of Islam is death with a thousand faces. Even Prince Charming with his mighty sword cannot cut through the briar patch that was planted at the turn of the 20th century and has been growing ever since: healthy, robust, and fed on the rendered remains of any who dared to speak out against the ugly reality.

Notice I didn’t say “Truth” here. The latter is one of the verities which include Goodness and Beauty. The deliberate murder of all three has cost us our civilization.

“Why?” you say. “How could this happen?” you ask. Just look behind you. Have you ever seen such a bloody trail as was left across the breadth and width of human history by the evil events of the 20th century? The world was — and is still — covered in blood. Whole swathes of peoples were obliterated while we watched or while we turned away. The Armenian Genocide was merely the prelude to even greater mass murders — Stalin’s deliberate starvation of the Ukraine, which we denied from the top down (take a bow New York Times), or Mao’s horrific butcheries in China, and its snuffing out of Tibet, its ever vigilant eye on Taiwan. Haven’t heard about Taiwan lately? Not to worry: just because we’re not paying attention doesn’t mean China is sleeping. Sooner or later, Taiwan will be theirs. Makes you wonder why they haven’t moved in during the feckless reign of Obama. He certainly wouldn’t fight it; the man is up to his prodigious ears in his own junior varsity cluster messes.

Besides, the Chinese have indeed moved into the North American continent: after they gained ownership of the Panama Canal as their lower boundary, they began buying huge chunks of American real estate on both coasts. Not to mention the purchase of American debt.

It’s hard to contemplate now what were mostly silent screams (actually, the victims were screaming loudly; we just weren’t listening. There was a football game on somewhere, distracting us. Or a tennis match. Or a World Cup. Or the Great Mindlessness every nation vies to sponsor: the Olympics. There were sexual scandals, fiscal shenanigans, highways and railways to be built — bridges to Nowhere).

Throughout the whole mess, we alternated between doing nothing — e.g., Rwanda — and muddling things up — see Kosovo with NATO as our puppet. After the destruction of Libya, knocking it back to a kind of stone age, we’re not likely to see any more NATO incursions in our lifetimes.

So what are these “candidates” for the 2016 Presidency talking about? Certainly not the important items outlined here. Or even the secondary line items, again taking place “somewhere else”. The unprecedented massive movements of foreigners into once sovereign nations. Theses new arrivals do not come with hat in hand but with their hands aggressively stretched into the faces of their chumps benefactors. In how many languages can you say “Gimme”?. Only it’s more than merely a request for food: “give us your women, your land, your wealth.”

The West now views Egypt as a basket case instead of the breadbasket it once was for the Mediterranean. That memory has been erased as Egypt’s culture was slowly erased and replaced by poverty, scarcity, and ignorance once the incursions of Islam began. Where Egypt supplied the papyrus for widespread literacy throughout the Mediterranean, its own literacy has shrunk through the years and will continue to do so as it wipes out its educated Christian population, just as it did the Jews.

How long till Germany, the powerhouse of Europe, begins to resemble Egypt?

North African universities flourished for centuries before Islam exterminated them. Augustine was the learned bishop of Hippo who wrote the world’s first autobiography. He saved the remnants of the Greek and Roman philosophers for the Christian Patristic philosophers and theologians to amend and use for their own scholarship. But all that is rubble now, buried under the horrific destruction of Islam’s imperialist hordes.

How long till Italy begins to resemble Libya? 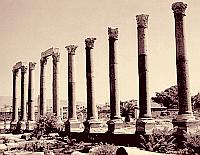 The ages-old traditions of scientific research at the Sorbonne or Oxford or the universities of Northern Europe are not immune. With the hordes now entrenched in Sweden, how long till Uppsala erodes into quaint ruins for lack of funding, its history mostly forgotten? How long till the traditions of scientific inquiry become the hoarded knowledge of an endangered few?

How long till Europe begins to resemble a desert continent? 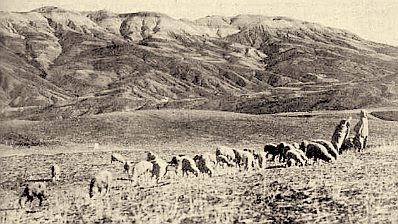 The genius of the Muslim Brotherhood lies in its ability to help us destroy ourselves. The process is especially noticeable in academia, where language is twisted and turned into stilettos to be used against those who speak plainly. Victims of “microaggressions” lie bleeding and their inevitably “white” aggressors are driven from the public square by the admirers of Che and Mao. The deliberate fissioning of gender identity into ever-smaller factions has left confusion, drug abuse, and growing ignorance in its wake.

So where are our champions of liberty, our defenders of sovereignty, our leaders in free speech? They’re all out to lunch, talking about that mean, stupid man, Donald Trump. And they have the full backing of the predictably treasonous media, all those jornolists who brought Obama to power and got zilch for their efforts.

27 thoughts on “An Ugly Ominous Silence”