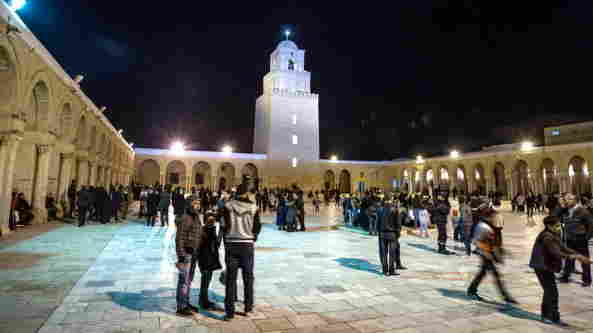 As Turkish prime minister (now president) Recep Tayyip Erdogan famously said, “The mosques are our barracks, the domes our helmets, the minarets our bayonets and the faithful our soldiers.” And he wasn’t kidding — but he left out “armories”, because mosques serve that function, too.

Many thanks to Nathalie for translating this article from Tunisie Numerique:

Fadhel Achour, the general secretary to the trade union for the managers and staff of mosques, announced on Wednesday July 1 2015 that police forces making searches in all parts of the country have uncovered caches of weapons in forty mosques.

Interviewed on the “Midi Show” programme broadcast on “Mosaïque Radio”, he declared that 190 mosques had been erected since the revolution, 90 of which had contacted the authorities in order to legalize their status. The 100 remaining mosques, 80 of which spread incendiary Takfirist speeches, have refused to acknowledge the authority of the Tunisian government.

Fadhel Achour further declared that things might have been much worse but for the Ministry of the Interior whose intervention helped to rescue some mosques from radicalization.

He added that the government of Mehdi Jomaâ had promised to end the problem in 90 days, a promise that remains unfulfilled to this day.

He proceeded to add that during Noureddine Khadmi’s time in power, several preachers and imams had been posted to some mosques, and that amongst those, some belonged to the Salafist school, and some did not even acknowledge the Maliki school.