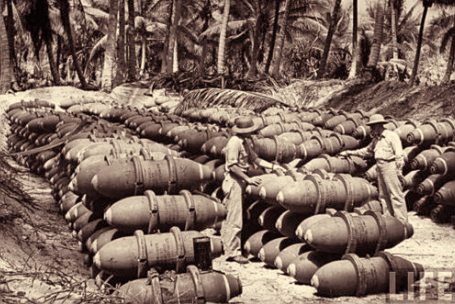 Here we are on the fourth day of our 2015 Summer Quarterly Fundraiser! Whoo, boy — when part of the week is spent visiting Purgatorio instead of doing fundraising posts, the experience distorts time. Moments become elongated while hours disappear behind a cloud of pages. Label me FRETFUL when I can’t set off my bombs.

I had been soo psyched up to continue the battle with the Forces of Evil (HateNotHope), and instead here I was muscled into silence by our non-functioning phone and internet. As much as I’d have liked to, I couldn’t yell loud enough to be heard by those bumblers. [By the way, have you noticed they’re not real smart? I told one person those HnH folks “weren’t the sharpest knives in the drawer. More like plastic butter cutters”.].

My Irish was up, ready to do battle and then the Karma Dude closed the gates. BWAH! No fair!

The Baron and I are so different. Not able to work directly on this fundraiser, he spent his time in Coventry virtuously clearing out his Gates of Vienna “To Do” box. Me? I spent much of it wallowing in books: at least the Kindle worked.

So now, back in the real world again, the B has all that work accomplished and is being doubly virtuous about not comparing our methods for handling stress. Except for a bad case of chiggers from wading up to my knees in the rudbeckia (so much for gardening instead) all I have to show for it is a lot of new information. I can tell you a few things I didn’t know (or know as well or in the same way) before we were cut off from the world. To me, learning something new in the face of frustration is both a distraction and a solace. I’m sure that’s a Tolkien paraphrase from somewhere or another but it’s true: feel sad? Learn something.

For instance, I discovered these books —

Of course throughout all of this I was fretting, envisioning all of you clicking on to an empty site. [Thank you, Vlad, for filling that space.]

Books are my escape when I feel helpless. In this case, I was cornered by events I had so carefully planned to circumvent should they arise. As I said in the comments today and in a note to a donor:

We’d been without internet connectivity for what seems like eons. A few nights ago a storm — somewhat noisy but not obviously destructive — took out our phone and internet. We just got back on an hour ago [I was writing this at mid-day].

Living in the Back of Beyond has its advantages in these days of governmental intrusion, but to have all our [my] back-up systems fail at the same time? Can you say “quelle horreur”? Neither can I, or at least not well.

The B figured out the hours of outage our phone company owes us. Sure they do; I’ll wait for the check and the apology. This internet connection is (sadly) the best of the lot so far but it can sometimes go out for nuthin’. No one wants to invest in the country poor. Not enough ROI to bother. So we get the beta version of whatever’s on hand, and glad to have it, we are. Our enthusiasm reminds me of the county’s excitement when a McDonald’s franchise opened.

These tortures have their variations: Call the landline A and the internet line, B. Sometimes A is gonzo, B running fine. Other times they trade places and B is deader’n a doornail, while we can easily call out to give the phone company what-for. But this time they both went out.

C is the back-up: our cellphone, except that we live in a cell tower-free zone so we have to drive to a place that’s connected. The catch is that D — the Damnable Car — is not running. In this catastrophic failure (to borrow Steve Coughlin’s phrase) the car had failed before the rest of the dominoes fell so we couldn’t even leave Schloss Bodissey. All my planning and foresight up and died on me during the Quarterly Fundraiser. I mean, we put this week off until we knew our Henrik would be available for technical problems, but he couldn’t wrap a fix around any of these hellish disasters.

The final attempt: desperate times call for sweaty palms… Even though we really don’t have “coverage”, if I go outside and stand next to the pear tree then move slowly in any random direction I may get three fluttering bars for a minute or two — enough to call kith or kin to ask them to report our outage. That’s what I did the first night.

Last night the B went outside himself to dance the pear tree boogie — voila! three bars fluttering on the screen. This time he managed to reach my middle son and give him the information for the phone company. Middle son is an expert at telling big orgs what they need to do and hang their regs about whether he’s “authorized” to report our problem. M.S. even managed to return a call to our cell phone (2nd return call evah: my daughter made the first one years before she died, when this phone was new. She was tickled that we’d caught up with reality in the form of a cellphone). The verdict from the phone/internet company? We would have to wait until 2 p.m. today…

…they were two hours early.

Being less sanguine (catastrophic failures make me feel helpless) than the Baron I resorted to the stored electronic page on Kindle. But, gentle reader, I do remember I already told you that…

And yes, it’s lovely to be back online. At other times when we’ve been rudely disconnected, I’d remind myself “at least we’re not in the midst of a Quarterly fundraiser”. There you have my major coping mechanism in life. I call it “At Least”. I think the shrinks call it “minimizing”. Fat lot they know. It’s a balm and a solace when, for instance, one wakes up in the early morning cold in a dormitory full of other semi-orphans to remind oneself “at least I’m not in a concentration camp.”

During the other outages recently, I’ve reminded myself “at least we’re not trying to do our Quarterly Fundraiser”. But this time we were doing just that! And we were also engaged in fighting the Forces of Evil! If only it would have rained again, I could’ve gone outside and done King Lear on the heath… except it doesn’t translate well to a muggy summer night in Virginia with the stars above and only the frogs for background noise. Hardly sturm or drang. Just electronic silence in the poorly-connected rural South.

Nevertheless, we are so very fortunate! Even during this imposed silence, y’all continued your donations! That was a true show of faith in us! How heartening! [Calm down, Dymphna. Cut the dash bangs!]

You should know I’m practiced at getting blood from a turnip and making supper for six on the leftovers. Your gifts will be put to good use keeping our infrastructure repaired and running. We’d have to move to The City to have a reliable connection, but then it wouldn’t be Schloss Bodissey. Like home-grown tomatoes, we don’t transport well.

So we’re back for now. The weather forecast for tomorrow is ninety-one degrees Fahrenheit, with a sixty percent chance of thundershowers. Oh Lordy. The Karma Dude couldn’t be that mean, to rain on our parade twice in a week, tearing down the banners, could he? He’d better not.

Meanwhile, y’all are doing your part. Today people came from the four corners (or at least three of them) to keep us going. We heard from: