This post is a mirror of the one posted today by Joshua Pundit. Why re-invent the wheel? But the emphases below are mine.

You’ll notice that my version stops just before his video of President Clinton’s 1994 remarks. Watch that and read Rob’s final remarks at JP. ~!D 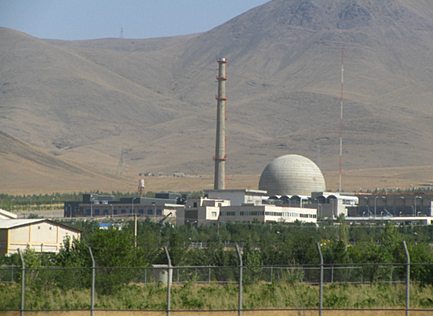 The New Iran Deal — The Stench Of Appeasement

Over the weekend, I received intel from some of my sources outlining the framework of the proposed deal by John Kerry and the P5+1 with Iran regarding its illegal nuclear weapons program, where I reported on here. It was so bad that I don’t mind telling you that it took me a couple of days to get to a place where I could write about what was involved, and I hoped that for once my sources were exaggerating a bit or that the West might finally come to its senses and walk away.

Today, the deal, known as the ‘Joint Comprehensive Plan of Action’ was announced, ad as usual, my notorious Little Birdies did not exaggerate at all, and the ‘Plan of Action’ is pretty much what they said it was with a few last minute minor changes, none of which mean much in practical terms.

Iran will be able to veto any IAEA inspections, and will be able to pick and choose where those inspections take place. It will likewise be able to delay any inspections through the mechanism of an ‘arbitration system’ giving Iran plenty of time to clean up and move anything they want to conceal wile still technically being in compliance.

As I reported, the sanctions officially won’t be lifted until 2016. In the real world, the sanctions have disappeared already and countries are already cutting deals with the regime. That includes the UN arms sanctions on Iran as a supporter and enabler of terrorism, which are supposed to remain in place for five years but will supposedly be lifted after certification of Iran’s compliance. In the real world, Russia and China among other countries will cheerfully violate the sanctions, which they never approved of in the first place. Money talks, and Russia especially is not going to take weapons sanctions seriously anymore.

The Iranians have apparently agreed to reduce their centrifuges to 6,000 and to destroy most of their stockpile of enriched uranium. Since we only know approximately how much of each they have and inspections are at Iran’s discretion, this is a fairly meaningless concession on their part. Expect that many of the centrifuges Iran disposes of will be the old, first generation IR-1s, which the Iranians want to replace anyway, and as part of the agreement, the Western powers have also agreed to work with Iran to help it install and operate more advanced centrifuges. As far as the nuclear stockpile goes, again, we have no clue how much they really have, and there are technical ways to ‘destroy’ enriched uranium that allow it to be reprocessed at a later date.

There was also no mention in this ‘plan’ of Iran’s heavy water reactor at Arak [see image of Arak, above — D], which has no peaceful application and produces plutonium, a second route to nuclear weapons. Presumably, Arak will continue to operate.

I’m not surprised at all Iran signed on to this. It provides this fascist regime with billions of dollars to keep it in power, develop nuclear weapons and expand its power in the region. And it demands nothing significant from them.

President Obama announced what a wonderful deal this was, saying that because of this deal, “We have stopped the spread of nuclear weapons in the Middle East.”

For a sitting president of the United States to say this is the very height of either ignorance, arrogance or sheer deception.perhaps all three. Because of this president’s ‘diplomacy,’ the Saudis have already announced that they will now obtain nuclear weapons and Egypt is working on a deal with Russia for a new reactor to enhance its own already existing nuclear program. And let’s not even mention the almost certain Iranian bomb to come.

A second blatant lie in this morning’s output by President Obama is that “the international community will be able to verify that the Islamic Republic of Iran will not develop a nuclear weapon.”

As I pointed out above, the exact opposite is the case. Before this was announced, I gave you what has turned out to be a pretty accurate preview yesterday of the sort of horse manure this president would use to sell this to the American people…

At the original site, there is a summing up. JP precedes it with a one-minute video clip of President Clinton in 1994, telling us what a wonderful deal he was making with North Korea. It would be funny if it weren’t so totally murderous of the North Korean people. These “leaders” of ours are culpable for all the lives they have cost all over the world.

In this mirror I left out JP’s embedded links so you could go get them for me. It’s just become too difficult to sit here for long. ~!D

15 thoughts on ““The New Iran Deal — The Stench Of Appeasement””