News of Hate Not Hope’s little treatise has now made its way into The Bradford Telegraph and Argus. The esteemed Imran Hussain makes another appearance there, calling for the full force of the law to be brought against Gates of Vienna.

Well, I can tell the CPS something to save them a lot of time and money: “No, this website’s owners are not breaching the law. They are in full compliance with the law of the land that holds jurisdiction over them. This website is protected by the First Amendment of the United States of America, which guarantees our God-given right to publish what we wish. This same right is acknowledged as one of our Ancient Liberties under English Common Law — which has fallen into sad neglect in the United Kingdom of Great Britain and Northern Ireland.

“So stick that in your hookah and smoke it.”

Apparently these bozos still haven’t noticed that we are not in fact subjects of Her Majesty Queen Elizabeth II. How reliable can the rest of their “research” be?

BRADFORD East MP Imran Hussain is calling for action to be taken against a far right website which he claims offers a blueprint for civil war.

The Gates of Vienna website has posted a series of articles which Mr Hussain claims encourage the establishment of paramilitary groups, bomb manuals, advice on avoiding police capture and techniques to survive police interrogation. 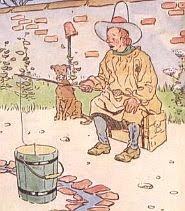 The letter asks for her to consider if the site’s owners are breaching the law.

The MPs have reacted to a new report, called the Muhammad Cartoons by Nick Lowles, from Hope Not Hate’s chief executive, a group which seeks to challenge and defeat the politics of hate and extremism within local communities.

The Gates of Vienna has also been promoting an upcoming exhibition of cartoons of the prophet Muhammad in London.

The Muhammad cartoons event will take place in London in September 18 and has been organised by former Ukip candidate Anne-Marie Waters.

It will be attended by far-right Dutch politician Geert Wilders, who took part in a previous exhibition of the same cartoons in Texas in May where two gunmen attempted to storm the events and were killed by police.

Mr Hussain has called for Ms Saunders to investigate the website and take action if anyone involved is deemed to be promoting terrorism or civil disorder.

He said: “This website contains a serious of articles by El Ingles, a pseudonym for a British ‘counter-jihadist’, which outline a blueprint for civil war.

“The Hope Not Hate report claims that El Ingles is part of group of people who think Islam is an expansionist ideology which poses an existential threat to the West. They believe there is no difference between moderate or hardline followers of Islam.

“Some ‘counter-jihadists’ believe the only answer is the mass deportation or removal of Muslims from Europe. They believe that this will only happen through civil war and the ‘genocide’ of Muslims.

“It is clear that these are the ideas that inspired Norwegian mass murderer Anders Breivik and as such it is deeply troubling that they are available to inspire others.”

A Crown Prosecution Service spokesman said: “We do not have a record of having received this letter but if we do we will, of course, respond in due course.”

27 thoughts on “Now We’re in the Local Paper”