A reader in New Jersey just sent in the photos below, which were taken recently in Union City, New Jersey. He says: “Union City electronics store — even the mannequins have to wear hijab.” 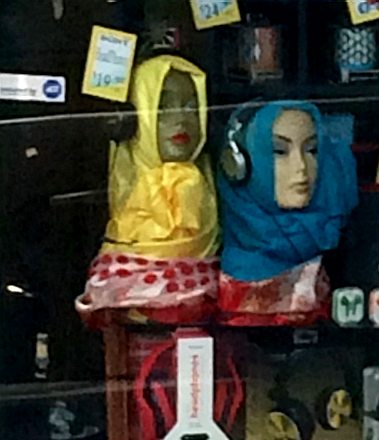 “The most interesting thing that this is a mostly Hispanic neighborhood with a sprinkle of Hasidic Jews.” 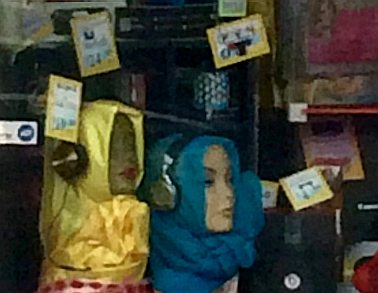 As you might surmise from its nickname — “Havana on the Hudson” — the predominant ethnic group in Union City is Hispanic, followed by white and black, in that order. There’s no mention of Muslims in the wiki, although the “Asian” population is listed as about 2%.

Obviously the owner of the electronics store wants to appeal to a certain niche demographic within his customer base, and has designed his display window accordingly.

One thought on “Monetizing the Hijab in Union City”