Can the EU be reformed?
by Fjordman

“Unintentionally, Greeks have done themselves — and perhaps the rest of Europe too — a favour by voting no. They have been misled by their Government, not to mention a whole host of famous American, salt water economists — Sachs, Krugman, Stiglitz — into thinking they can somehow bring the rest of Europe to heel by facing their creditors down. They cannot. (To be fair, Krugman seems to appreciate better than the other two the vital importance of exchange rate in debt relief). By voting no, they have put themselves on a path to exit and the unilateral debt relief of default. Like Germany in 1953, this offers Greeks the possibility of a new beginning, and with a bit of luck, they might also have fatally wounded the entire euro project.”

This leads us to another question: Can the EU be reformed?

I have had my doubts about this for years. The EU system is so fundamentally flawed and corrupt that it is doubtful whether it can be reformed in any meaningful way. Corruption and a chronic lack of accountability are not flaws in the system; they are there by design. The EU oligarchs have proven themselves very adept at exploiting crises to further more federal integration. This even goes for problems they have themselves created.

The entire EU system since the days of Jean Monnet has been built on creating a European superstate through deceiving the European public by presenting it as merely an elaborate free trade zone. Lies and deceit have become part of the structural DNA of the European Union.

The EU has essentially bribed the political class throughout much of the European continent, and bought their personal loyalty and support. If they become a part of the EU system, they receive well paid jobs. Moreover, they don’t have to answer to the average citizen for what they do, or how they use or abuse their power. It is easy to see why some people find this combination alluring.

The EU elites have a strong vested interest in keeping up a system that provides them with money, power and prestige. For this reason, any attempts at “reform” are likely to be purely cosmetic and designed to appease the masses. The EU has become a bureaucratic colossus. Just like all bureaucratic systems, it has a natural tendency to try to expand its reach.

I don’t see any solution to this other than to formally and publicly abolish all of the institutions of the European Union. For something like this to happen, the EU would have to face massive and sustained popular pressure throughout the continent. This is unlikely to happen without a major and prolonged economic crisis that destroys the credibility and legitimacy of the EU in the eyes of the general public. We may be heading for just such an event in the years to come.

It is not fair to blame the EU for all of Europe’s ills. For instance, low birth rates are currently found throughout the continent, also in European nations that are not members of the EU. However, the EU makes some existing problems even worse. It also adds new ones of its own making.

If we look at the big picture and the geopolitical situation, Europe as a whole faces major challenges in the coming decades. Two of the biggest ones are the escalating Jihad of radical Islam, and large-scale illegal immigration due to the population explosion in parts of the global South. The EU does not adequately address any of these threats. On the contrary, it makes them worse. The EU continues promoting Muslim mass immigration to Europe. The organization also seeks to force all of its member states to accept illegal immigrants from Africa and the Islamic world. By embracing Islamization and the gradual displacement of native Europeans, the EU has arguably become the anti-European Union. 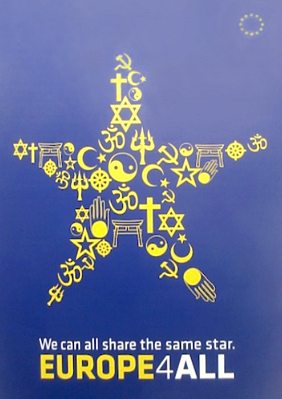 Future historians will debate whether the EU was a good idea gone bad, or whether it was a bad idea from the very beginning. However, in my opinion, there can be no doubt that the EU as it exists today is a failure. The organization does not solve Europe’s most important challenges, and it adds new problems of its own making.

I cannot predict exactly how or when the EU will finally fall apart, but I strongly suspect that a major economic meltdown will play a major part in its collapse.

4 thoughts on “Can the EU Be Reformed?”