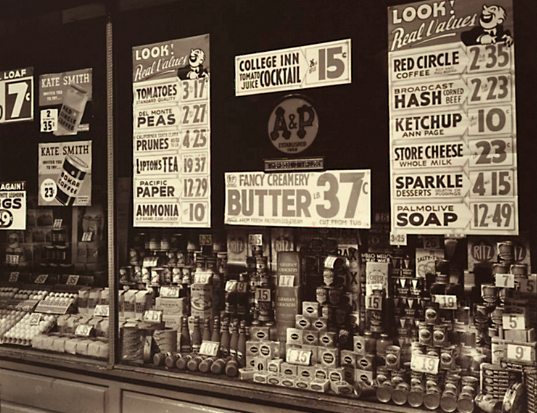 Well, I warned you that when the blistering hot weather arrived, we’d be back pounding on your door again to ask for your help in our quarterly fundraiser.

The theme of this week’s bleg is “Resources”, which was actually prompted by an incident that helped delay this fundraiser by a week. As you may remember, a couple of weeks ago Gates of Vienna went down completely for four days. Henrik was on holiday, and had a phone but no computer, so the site didn’t come back up until he returned and was able to address the database issues that caused the crash.

During the discussions among the techies, the same phrase kept recurring: “available resources”. It seemed the demands on the database had spiked at some point, exhausting our available resources and forcing a termination of certain processes, which disabled the website.

I don’t understand all the technical details, but the vulnerability came to the fore when our site was running at a peak load, for whatever reason. We are protected by a special firewall, so it wasn’t an attack that caused the problem. Did we have a lot of new readers who arrived in the wake of the Chattanooga jihad murders? Were they calling up a lot of posts from the archives to read? Who knows?

In any case, one of the ways to avoid the problem in future is to optimize the database and the site in certain ways, most of which remain mysterious to me. However, I was able to tackle a few of the issues, and Henrik handled the rest. That has improved efficiency in the WordPress site and — you guessed it — cut down on our use of available resources.

But there’s no guarantee that we won’t see something similar happen further down the road, which may require us to upgrade to the next hosting level, which would allocate us more in the way of server resources. Needless to say, this is something we dread, since it would be more expensive, thus depleting our available resources.

I can’t deny that this has been a rough year so far at Schloss Bodissey, resource-wise. We endured the Great Plumbing Crisis back in April, which you already know about from the Spring Fundraiser, so I won’t recapitulate the details. But we have additional ongoing HVAC issues, which are also lining up to be expensive. And there are other unusual infrastructure problems draining our household resources — which now resemble one of those old cartoon purses that has nothing but moths emerging from it when opened.

So here we are again, giving you a virtual slap on the back and a digital shake of the hand as we look you in the eye and say: Brother, can you spare a dime?

“But, Baron,” you say, “how does all this ‘resources’ folderol connect with the struggle against the Great Jihad?”

Well, there actually is an oblique connection…

As it happens, yesterday’s Gospel reading in church was John 6:1-21, which tells the story of the miracle of the loaves and fishes. Now that certainly concerns resources — Jesus and his disciples didn’t have any to speak of, but the Lord provided.

Which is what Dymphna and I have to keep telling ourselves over and over again: The Lord will provide. And He always does, assisted of course by our loyal readers — including our atheists and agnostics.

As it happens, yesterday’s Gospel passage was relevant to a recent news item — or what should have been news, but wasn’t: an arson attack against the Church of the Multiplication of the Loaves and Fish near Tiberias. The incident made the news briefly when it was at first thought that the perpetrators were Israeli “settlers”, but when it became clear that Muslims did the deed — they were caught and proudly confessed — the story dropped into the special oubliette reserved for news about the Islamic persecution of Christians. 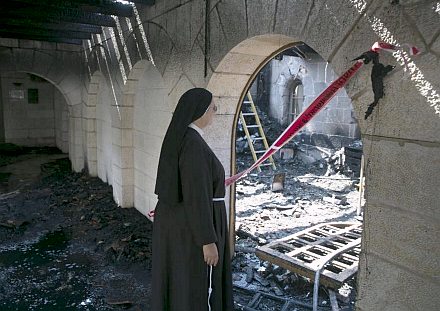 I knew that the story about what happened to the church in Galilee would be unfamiliar to my fellow parishioners, so I stood up during the announcement period and explained the relevance of current events to what they had just heard in the Gospel and the sermon. I followed it with a brief account of the hundreds of thousands of Christians who are being held captive, raped, tortured, slaughtered, and enslaved by the Islamic State, Boko Haram, al-Shabaab, and other Islamic terror groups. As I expected, they were largely unaware of most of what I described.

My job, in church and elsewhere, is to be an available resource for people who have not yet absorbed all this information about the onslaught of the Great Jihad across the globe. Someday, when I work up enough nerve, I may discuss our treasonous politicians, who have allowed, enabled, and even encouraged the advance of violent Islam. But the time is not ripe for that; not yet.

If all goes well, Dymphna will be chipping in tomorrow with her own take on the theme of “Resources” as we move into Day Two of the fundraiser.

In the meantime, take note: The tip jar in the text above is just for decoration. To donate, click the tin cup on our sidebar, or the donate button, on the main page. If you prefer a monthly subscription, click the “subscribe” button.